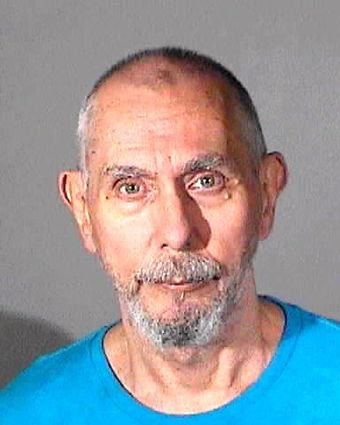 Man Unable To Pay his Booze-Bill Goes to Jail

Santa Monica police say a man accused of ordering over 100-dollars worth alcoholic drinks at a local restaurant was booked into jail. They say it happened at the Mariasol Restaurant at the Santa Monica Pier on March 23 at around six in the evening. Lawmen report the suspect Andres Escobar was refusing to pay his check of 111.69 dollars in alcoholic drinks. They say he became agitated and refused to pay after the restaurant manager presented him with the bill. Officers say the suspect was intoxicated and had no cash or credit card on him. They say they arrested Escobar for defrauding an innkeeper. He was transported to Santa Monica jail and given a 500-dollar bond.

Man Accused of Beating his Girlfriend Ends Up Behind Bars

Santa Monica Police they responded to a possible sexual assault call on Ocean Avenue and Pacific Street on March 24 at 10 in the morning. A witness had reported a physical altercation between a man and a woman. Lawmen report, they spoke to the woman who told them that she and her live-in boyfriend had been arguing about his infidelity as they walked along the beach. They say argument escalated to a physical altercation because the victim tried to walk away from the suspect Darien Beard and return to her car. Lawmen report, that is when Beard tried to hold her back, but she managed to break free and get into the car. They say then Beard tried to take her keys forcefully from her, but the victim was able to drive away to the nearby arriving officers. Authorities say the victim had noticeable injuries to her face and hand. Beard was arrested for cohabitant abuse and taken to jail

Santa Monica police say they caught an alleged drug dealer red handed. Authorites say officers they had officers working in uniform in a marked police car parked in the 1500 block of 5th Street after receiving complaints of narcotics activity in the area on March 20 at 2 in the afternoon. Lawmen report they saw the suspect go to a car with two people in it and observed the suspect putting an object into the driver's hand. They say upon further investigation the subject who was the driver admitted to having the narcotics in his other hand and handed officers two black baggies with a white substance in them. The first subject involved in the transaction was arrested for possession of a controlled substance for sale. The second subject, driver, was arrested for possession of a controlled. Both were transported to Santa Monica jail. The third subject, vehicle passenger, was released.

Santa Monica police say they stopped Stephen Hughes of Walnut for riding his bike without a headlamp in an alley in the 2300 block of Idaho Avenue on March 23 at 11:30 at night. Authorities report the officers asked whether the he had anything illegal in his possession. They say Hughes admitted he had some marijuana in a bag. Lawmen report when they searched the bag attached to the suspects's bicycle they found a green leafy substance which smelled like marijuana and was packaged in multiple plastic bags. Authorites say officers also found extra plastic bags and a digital scale. Hughes was arrested for possession of marijuana for sale and transported to Santa Monica jail.

Santa Monica police say detectives from their Police Department traveled to the Orlando area to accept custody of fugitive Christopher Carrington Camp, a former Santa Monica resident and suspect in a juvenile sexual assault case on March 12. They say Camp had been evading police since July of 2008, when he learned that he was under investigation. Lawmen report a collaboration of SMPD Juvenile and Missing Person Unit detectives with the U.S. Marshal's Service and local law enforcement in Florida made Camp's discovery and arrest possible. They say Camp waived extradition and was transported back to California on March 14, 2014. He was booked into the Santa Monica Jail on multiple charges of lewd and lascivious act on a child under the age of 14. Bail was set at $1,000,000.00.