Politico: Opponents begin to question again how to sideline their presumptive nominee. 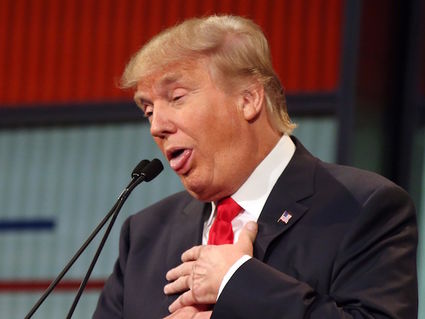 Seriously, how can a billionaire be such a schnook?

Presumptive Republican party presidential nominee Donald R. Trump has been made of teflon, but attacking the judge in the Trump University case for his Mexican heritage, may have finally backfired for the candidate.

Trump labelling of an American judge as "Mexican" in order to cast doubt on his fairness, has been labeled simple racism by many Republicans - even House Speaker Paul Ryan - and has again increased fears that Trump will destroy down-ballot Republicans in November.

This week has seen a sharp increase in conversations about procedurally, how exactly could the RNC dump Trump. Many Republicans, they say, who once dismissed the anti-Trump fight as the fever dreams of a dying "#NeverTrump" movement, have again become receptive.

A re-energized anti-Trump chorus - joined Wednesday by conservative radio host Hugh Hewitt is pleading with Republican activists to reject Trump when the party meets in Cleveland to pick its presidential nominee. Hewitt said:

"The Republican Party is facing . . . the plane is headed towards the mountain after the last 72 hours. . . . I think the party ought to change the nominee. Because we're going to get killed with this nominee. And I have never said that. I waited until after the primary was over, I stayed Switzerland to the end, and in 72 hours, dovetailed to that. They ought to get together and let the convention decide. It's awful and it ended bad last night-- if you're just joining me, Donald Trump's speech last night was his moment to drain the toxicity... Hew Hewitt

They were buoyed Tuesday when a string of Republican leaders - from Govs. Scott Walker of Wisconsin and Brian Sandoval of Nevada to Sens. Mark Kirk of Illinois and Jeff Flake of Arizona - distanced themselves from Trump.

There is a theory that the 2012 team will try to convince Republican convention delegates on the first ballot to abstain, so they can vote for Scott Walker on the second ballot.

On June 9th, Mitt Romney began his annual E2 summit. Paul Ryan and Reince Preibus will attend, among other Republican leaders. E2 is the first of what will be many events in which Republican elites begin to talk and think about a post-Trump era, in the event that he loses to presumptive Democratic nominee Hillary Clinton. Many of the roughly 300 people assembling at the five-star Stein Eriksen Lodge Deer Valley for three days of colloquiums and seminars will be thinking about who might lead their party after November. They assume Trump will go down in defeat to Clinton.

"After his famous comments about Judge Curiel," said Megyn Kelly on FoxNews, "It looked like he would double down or triple down, instead of talking about other issues. I think we'll have this intermittently, I just don't know how you can convince thousands of delegates that they were wrong. Eric Ericson and other never trumpers think there's an opportunity here, to make a last ditch effort to stop what they believe will be a train wreck for the Republican party."

"More primary voters cast ballots for Trump than in any primary in history," says Trump supporter Bill Bennett, saying that this too will pass. "We often have to hold our nose during the Primary."

"I haven't heard of anything," said Saul Anuzis, adviser to Ted Cruz. He spent the spring packing the convention with anti-Trump delegates before his candidate quit the race last month. Anuzis on Tuesday tweeted a link to a new book by longtime Republican National Committee member Curly Haugland titled "Unbound" and argues that convention delegates are free to vote for the candidate of their choice, not according to the party's binding rules. But Anuzis said he and other ex-Cruz staffers haven't been involved in any concrete push to achieve that goal.

He and Ken Cuccinelli, another top Cruz adviser who will attend the convention as a Virginia delegate, have emphasized that they do not back any efforts to block Trump from the nomination.

"While we've heard the rumblings of doubt/discontent more so in the past few days, at this point we haven't shifted focus from what we hope to accomplish at the Convention," said Cuccinelli spokeswoman Mallory Rascher in an email. "Ken is still watching to see how things play out in the months leading up to November."

"When the media is debating whether or not our nominee is a racist, we are losing," said Colorado Republican Guy Short, one of 112 convention delegates on the RNC's Rules Committee. It alone has the power to free delegates now bound to vote for Trump. "I received an email just this morning from a fellow delegate pleading for a rules change to stop Trump and proposing specific rules to do just that."

Other conservatives described a similar outpouring from convention delegates.

"I've had delegates from more than a half-dozen states contact me about removing themselves from Trump Cult and its cancerous effects," said Steve Deace, an influential Iowa radio host who backed Ted Cruz in the primary and has continued to agitate against Trump.

But there's no perceptible sign yet of a concerted effort to line up the votes it would take to enact rule changes to alter the outcome of the convention, where the majority of delegates are bound to Trump.

"The senator honestly has not heard of any such campaign," said a spokesman for Sen. Mike Lee, who backed Cruz before and is one of Utah's two members of the convention Rules Committee.

The #NeverTrump movement gained momentum following Trump's wins in the March 15, 2016, Super Tuesday primaries, including his victory over U.S. Senator Marco Rubio in Florida. After U.S. Senator Ted Cruz withdrew his candidacy following Trump's primary victory in Indiana on May 3, 2016, Trump became the presumptive nominee, while internal opposition to Trump remained as the process pivoted towards a general election.

However, Cruz mused on May 10, 2016 that he would consider re-entering if he won the Nebraska primary, which he did not, losing to Trump. Technically, Cruz's campaign is still active, as he merely "suspended" his campaign.

Trump entered the Republican primaries on June 16, 2015, at a time when Governors Jeb Bush and Scott Walker and Senator Marco Rubio were viewed as the early frontrunners.

Mr. Trump was generally considered a longshot to win the nomination, but his large media profile gave him a chance to spread his message and appear in the Republican debates.

But by December, Trump was leading the Republican field in national polls. Despite Trump's enduring strength in the polls, his rivals continued to attack each other rather than Trump.

In this atmosphere, some Republicans, such as former Mitt Romney adviser Alex Castellanos, called for a "negative ad bliz" against Trump, and another former Romney aide founded Our Principles PAC to attack Trump.

After Trump won New Hampshire and South Carolina primaries, many Republican leaders called for the party to rally around one leader to stop Trump's nomination. The question of course was, whom.

On March 17, 2016, notable conservatives under the leadership of Erick Erickson met at the Army and Navy Club in Washington D.C. to discuss strategies for preventing Trump from securing the presidential nomination at the Republican National Convention in July. Among the strategies discussed were a "unity ticket", a possible third-party candidate and a contested convention, especially if Trump does not gain 1,237 delegates necessary to secure the nomination.

The meeting was organized by Erick Erickson, Bill Wichterman, and Bob Fischer. Around two dozen people attended. Consensus was reached that Trump's nomination could be prevented, and that efforts would be made to seek a unity ticket, possibly comprising U.S. Senator Ted Cruz and Ohio Governor John Kasich.

Our Principles, a political action committee (PAC) and Club for Growth have also been involved in trying to prevent Trump's nomination. Our Principles PAC has spent more than $13 million on advertising attacking Trump.

At a luncheon in February 2016 attended by Republican governors and donors, Karl Rove discussed the danger of Trump securing the Republican nomination in July, and that it may be possible to stop him, but that there was not much time left.

Katie Packer, who founded the anti-Trump Our Principles PAC, said she’s not involved in any efforts to block Trump at the convention. “My hope was to stop him from winning the nomination,” she said, adding, “[W]e are not currently active in those efforts which would require unbinding of delegates.” 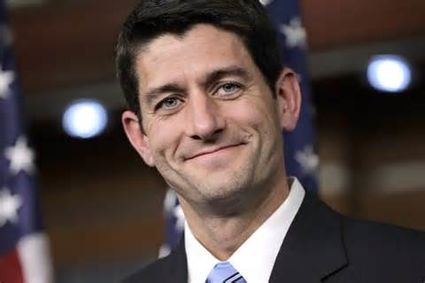