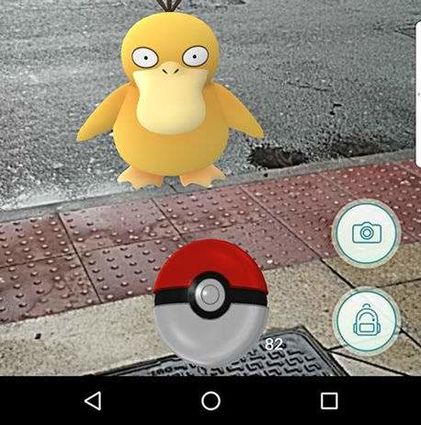 Leaders of the Black Lives Matter Movement have charged Pokemon Go, Nintendo's new hit game app, with inherent racism. No, I'm not making this up.

There are three respects in which Pokemon Go is regarded as racist by those in the know in the BLM movement. The first respect, is that it's much safer to play Pokemon Go, which requires you to walk around your own neighborhood; if you're white and living in your own neighborhood. Second, if you're black and you play Pokemon in Beverly Hills, chances are the police are going to stop you, question you and see what you're REALLY up to.

The third respect in which Pokemon Go is racist is that you can set yourself up as a white Avatar, hunting down and collecting--or shooting--the black monsters in your own neighborhood.

Yes, LIke Jar Jar Binks before them, large eyed Pokemon Go characters like FireRed, LeafGreen, Diamond, Pearl, Platinum, HeartGold, SoulSilver, Black, White, Black 2, White 2, X, Y, Omega Ruby, and Alpha Sapphire; are all really just stand ins for black people. This is in the tradition of Al Jolson and the Jazz singer, black face doesn't mean you're a minstrel, it means you're a--well you know what.

And has anyone else noticed that you can design your own Avatar, to be a blue eyed blond redneck hunting colored demons across the land? And that most of the monsters, have colored names?

In Inglewood tonight, Black Lives Matter protestors have shut down the 405 freeway by LAX airport. So if you're walking along the 405 freeway trying to find Pokemon characters; well, there's a couple of reasons not to go there.

See for example: Pokémon Go Could Be A Death Sentence For A Black Man by North Carolina Based Author Omar Akil:

When my brain started combining the complexity of being Black in America with the real world proposal of wandering and exploration that is designed into the gamplay of Pokémon Go, there was only one conclusion. I might die if I keep playing.

The breakdown is simple:

There is a statistically disproportionate chance that someone could call the police to investigate me for walking around in circles in the complex.

There is a statistically disproportionate chance that I would be approached by law enforcement with fear or aggression, even when no laws have been broken.

There is a statistically disproportionate chance that I will be shot while reaching for my identification that I always keep in my back right pocket.

There is a statistically disproportionate chance that more shots will be fired and I will be dead before any medical assistance is available.

The premise of Pokémon Go asks me to put my life in danger if I choose to play it as it is intended and with enthusiasm. Let's just go ahead and add Pokémon Go to the extremely long list of things white people can do without fear of being killed, while Black people have to realistically be wary.

Honestly, I wish this was a joke post or satire of some sort. It isn't. Something needs to change.

This same Omar Akil is cited at Tech.mic: The Dangerous Double Standard for People of Color Playing Pokemon https://mic.com/articles/148367/the-dangerous-double-standard-for-people-of-color-playing-pok-mon-go#.a9aU0Z8r9

A Tumblr post that explains how to walk around and play Pokémon as a black person, including tips: Dress cute, bringing a non-black friend with you, avoid white neighborhoods. Walk a dog, go into stores and buying something. "Basically you gotta put white people at ease by seeming as childish and/or bookish as possible," says Tumblr.

Black Lives Matter (BLM) is an activist movement, originating in the African-American community, that campaigns against violence toward black people. BLM regularly organizes protests around the deaths of black people in killings by law enforcement officers, and broader issues of racial profiling, police brutality, and racial inequality in the United States criminal justice system.

White and brown folks like myself, have responded that Black Lives Matter is a reflection of Black paranoia, that the police must be treating "people in the community" differently than they, the police, treat people not in the community. They probably also treat people with guns differently, and police know that Black people are more likely to have a concealed carry, just saying.

In 2013, the movement began with the use of the hashtag #BlackLivesMatter on social media, after the acquittal of George Zimmerman in the shooting death of African-American teen Trayvon Martin. Black Lives Matter became nationally recognized for its street demonstrations following the 2014 deaths of two African Americans: Michael Brown, resulting in protests and unrest in Ferguson, and Eric Garner in New York City. 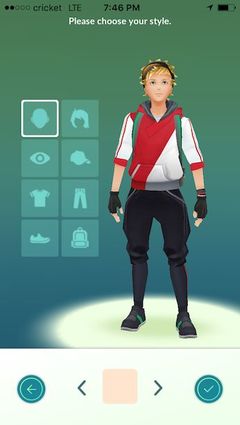 And has anyone else noticed that you can design your own Avatar, to be a blue eyed blond redneck hunting colored demons across the land?

Since the Ferguson protests, participants in the movement have demonstrated against the deaths of numerous other African Americans by police actions or while in police custody, including those of Tamir Rice, Eric Harris, Walter Scott, Jonathan Ferrell, Sandra Bland, Samuel DuBose, and Freddie Gray, which led to protests and rioting in Baltimore. In the summer of 2015, Black Lives Matter began to publicly challenge politicians-including politicians in the 2016 United States presidential election-to state their positions on BLM issues. The overall Black Lives Matter movement, however, is a decentralized network and has no formal hierarchy or structure.

Before you reject this logic, as yourself one question: "Seriously, would any White Person in America, have Unprotected Sex with a Pokemon Go character?"

It's going to be a long, hot summer in these United States. I can practically guarantee it.

How is this a real new source? This doesn’t represent Pokémon go at all. It’s also Inflamed with ignorant verbiage to ignite readers. I’m astonished and saddened you’re feeding into the chaos smonobserved.

I did notice on pokemon go there's no option available to make my skin darker. It's stops at a peach color and I'm more of a milk chocolate, other then that I have no issue with the game. I love Pokémon go because it takes me back to my childhood!!

Fact Check. This website is so racist wow. Do research of systemic racism something along the lines of -Why white people don't understand racism- and learn why. No group of people is more likely to carry. That is some of the stupidest writing I have come across on the internet. Ugh. Nothing you say is credible.

The fact that 'Pokemon go is racist' came across some dundering oafus's low capacity brain is astonishing. That's like saying Mexico is racist because you can make a Mexican baby and go catch Mexicans in bad Mexican neighborhoods that are also 1/5 Asian. It's also like saying hey I got a Masters degree in studying the aerodynamics of space. BLM must have zero things to do except complain that white people exist. Oh no, I am a white avatar and that can go catch creature that are black, which they aren't. I don't know what Pokemon are in your neighborhood. Can I see now that BLM is nothing.

It's for white people! Get over it... Play something else

ok this is the most ridiculous thing I as a black person have heard in my entire life! really calling a video game racist is ... racist in and of itself you BLM people are becoming extremist now. I know black people don't believe that they can be racist because of socio-economic inferiority to other races but look you all are some bigots... get the f* outta here with that bs black people can be our own worst enemies ... here's a tip for BLM people and victims.... keep your vehicles in good repair ... don't break the law ... don't have an attitude when you get pulled over ... cops have guns .... kiss their butts or they may shoot you ... it's not right but until something changes it is what is and you do what you do to survive and stop pulling the race card all the time the color of your skin is not what is holding you back it's your belief that some one can use the color of your skin to oppress you is what is oppressing you.

The creators of Pokemon were Asian. You don't pick a white avatar; you pick one that looks like Japanese anime. There are also plenty of white people living in bad neighborhoods who could say the game is not safe for them. I am not at all a racist but to say this game is racist is asinine.

OK, so then is my brown Pokemon Go character Coco Nuthed racist? Sheesh!

a group that only believes black lives matter calling anything and everything racist. sounds more like a bunch of hypocrites. how ridiculous

Good lord. What a disgustingly stupid piece. Did you not even bother to spend the five minutes it would take to familiarize yourself with your subject? Not a single one of that list of names you copied from some Wikipedia entry (that you didn't even skim) is a Pokemon character. They're video games that utilize those characters. Also, no one is arguing that the whole roster of Pokemon - which includes 721 different types - is inherently racist. Some have appearance issues - Jynx, for instance, which Nintendo acknowledged by changing the hue of said Pokemon's skin. You responded to none of the points from Omari Akil (whose name you couldn't even spell correctly), all of which are perfectly correct and empirically provable. He is not making the point that Pokemon Go is inherently racist in and of itself - he is pointing out that the nature of the game makes it unsafe for him to casually play because of the racism that exists in society. How is this so hard to understand?

Maybe they need to look up the definition of racist - geesh.

Everything need not appeal to everyone. We are diverse.

It is an organized group http://blacklivesmatter.com/ funded by George Soros - lib BS

Those are not the names of Pokemon.

Lets do some role reversing here.. Same can go for white people walking around in a black neighborhood. All we would be doing is trying to capture pokemon, but with every step, there is a chance of being mugged, jumped, or killed by a black person. Goes both ways.

This has got to be one of the most ridiculous things I have ever read. No, Pokemon Go is not 'inherently' racist. In order for that to be true, the game itself would have to treat you differently based on your race, such as rejecting non-White names, charging you more in the store if you pick a darker-skinned avatar, etc. Existing racism can certainly affect your enjoyment and experience while playing the game, but that is not the game nor the gamemakers' fault, that is the fault of the society you live in. Maybe they need to go brush up on the definition of 'inherent'.