Just How Bad is Crime in Rio? People ask after the Ryan Lochte robbery

By all accounts, it's pretty bad. And the cops are scarier than the robbers 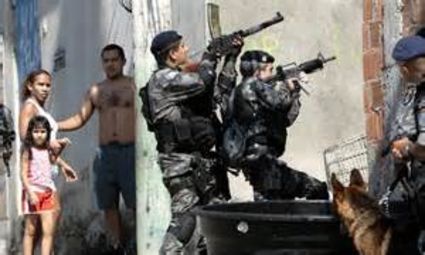 A gang brazenly robbed people at a bus station during the Brazil world cup.

Just how bad is crime in Rio? By all accounts, the answer is pretty bad.

Six months ago I had an Uber driver named Elizaveta. She was married, 27 and Brazilian. She was well educated and wore glasses. After 20 or so minutes of conversation, I asked her where she was from. "Rio," she said.

Why did you leave? I asked. She grew very quiet.

"Seven years ago," she said, "my brother Carlos was delivering TV sets from a warehouse to a Department store. That was his job, moving TV sets and other merchandise from the warehouse to stores. Several armed men held up my brother and his assistant. The Rio police arrived, and machine gunned everyone, including my brother. Then they took the truck and its contents."

Apparently the cops and robbers are not very different in Rio.

There have been a number of incidents reported involving athletes and spectators. According to swimming gold medalist Ryan Lochte, the robbers were posing as police officers. They showed a badge and then took the 4 men's wallets and valuables.

In the aftermath, the Australian teammembers have been ordered not to leave the Olympic village and go out in Rio de Janeiro, reports NBC News.

Another Brazilian friend of mine works in a fancy restaurant and bar in Santa Monica. She says she left home after she was kidnapped for 2 days and held for ransom. "The kids who kidnapped me were teenagers, practically children themselves. People have so little in Brazil, they turn to crime seeing no alternative," she told me.

According to most sources, Brazil possesses high rates of violent crimes, such as murders and robberies; depending on the source (UNDP or World Health Organization), Brazil's homicide rate is 30-35 homicides per 100,000 inhabitants, placing Brazil in the top 20 countries by intentional homicide rate. 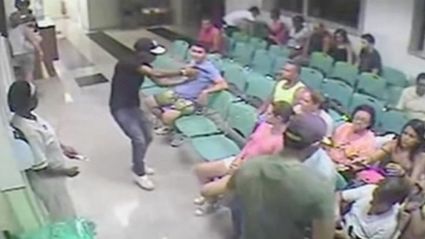 A gang brazenly robbed people at a bus station during the Brazil world cup.

It is believed that most life-threatening crime in Brazil can be traced back to drug trade and alcoholism. Brazil is a heavy importer of cocaine, as well as part of the international drug routes.[6] Arms and marijuana employed by criminals are mostly locally produced.

How does this compare to a major American city? In 2012, the Los Angeles Police Department reported that crime had declined in the city for the 10th consecutive year. In 2013, Los Angeles reported 296 homicides in the city proper, which corresponds to a rate of 6.3 per 100,000 population-a notable decrease from 1980, when the all time homicide rate of 34.2 per 100,000 population was reported for the year.

In 2015, it was revealed that the LAPD had been under-reporting crime for eight years, making the crime rate in the city appear much lower than it really is. Approximately 14,000 assaults went unreported as "minor offenses" rather than violent crimes. Additionally, recent years have seen increased crime in the city.