In sustaining demur, Judge holds that a reasonable person would expect a drink with ice to be diluted 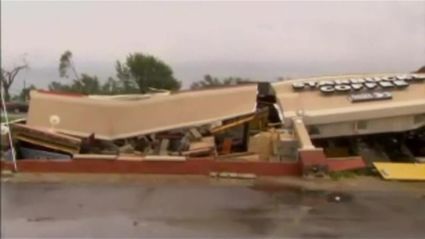 A tornado flattened a Starbucks in Indiana

A federal judge in Los Angeles has dismissed a lawsuit saying that Starbucks to see use its customers by putting ice in their drinks instead of products.

"If children have figured out that including ice in a cold beverage decreases the amount of liquid they will receive, the court has no difficulty concluding that a reasonable consumer would not be deceived into thinking that when they order an iced tea, that the drink they receive will include both ice and tea and that for a given size cup, some portion of the drink will be ice rather than whatever liquid beverage the consumer ordered," he wrote in his Aug. 19 opinion.

The judge also pointed out that Starbucks uses clear cups for cold drinks, making it easy for customers to see how much ice they are getting.

Moreover, Starbucks never explicitly states on menus or signs that a given drink size contains a specified amount of liquid, according to the judge.

After the suit was filed, Starbucks said customers who are unhappy with their drink can always ask the barista for a new one. They can also ask for light ice or extra ice when placing their order.

In other Starbucks news, A tornado touched down in Howard County, Indiana, Wednesday and leveled a Starbucks coffee shop. 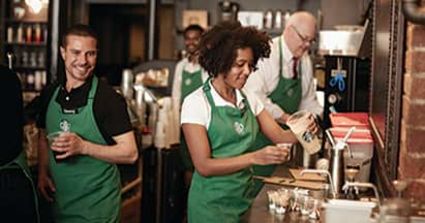 "We're relieved to report that all employees and customers in the store are safe," said Starbucks spokesman Reggie Borges, adding that no injuries had been reported. "Our heartfelt concern goes out to those affected by this," he said.

Governor of Indiana Mike Pence, who is also Republican presidential nominee Donald Trump's running mate, told reporters on his campaign charter plane that he was not aware of any deaths or serious injuries. The plane is headed back to Indianapolis.

"I'll be traveling on the emergency operations center for a full briefing, and we'll have more information for you at that time," Pence said. "The storm system has not left the state of Indiana yet, so this is a real-time event we¹re monitoring very closely"

Pence praised first responders in Indiana before stating his intentions to stay in the state while the damage is assessed.