Consumers should not pay the price for the complicated relationships between doctors, facilities and health plans 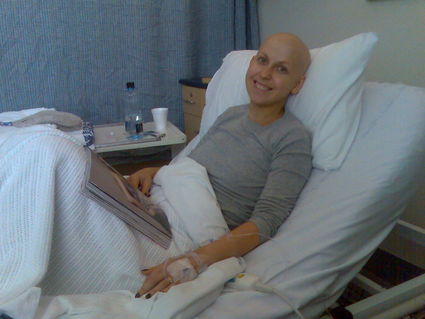 Consumers should not pay the price for the complicated relationships between doctors, facilities and health plans

​A bill to protect patients from surprise bills after a hospital visit is currently under consideration in the California Assembly. The measure, AB 72, sponsored by 5 Democrats and 2 Republicans, has garnered the support of Consumers Union (the policy branch of Consumer Reports), retiree and youth advocacy groups, and health insurance companies.

However some physician organizations, including the Association of American Physicians and Surgeons are opposed, claiming the cost-control law will create a shortage of medical care when doctors bow out of providing care at hospitals where they will not be fully reimbursed. The California Medical Association has removed their formal opposition but would like to see further tweaking before the bill goes to a vote.

​The proposed legislation is designed to protect patients who are at in-network facilities from high bills arising from treatment they receive from doctors and laboratories at those facilities who are out-of-network. Insurance plans commonly give their customers a list of in-network doctors and facilities.

These providers have a contract with the insurance company and have agreed to accept payment that is usually lower than that demanded by out-of-network health care providers. Many hospital patients do not realize that even though they have chosen to have their care at an in-network hospital, they may receive treatment by doctors who are not part of their health insurance network. The health insurance company is then not responsible for the bill and the entire burden of paying it - with no help from the insurance - falls on the unsuspecting patient.

​AB 72, in its official summary, states that it establishes a payment rate, which is the greater of the average of a health plan or health insurer's contracted rate, as specified, or 125% of the amount Medicare reimburses for the same or similar services, and a binding independent dispute resolution process for claims and claim disputes related to covered services provided at a contracted health facility by a non-contracting health care professional. Limits enrollee and insured cost sharing for these covered services to no more than the cost sharing required had the services been provided by a contracting health professional. Requires health plans and insurers to collect the enrollee/insured cost sharing and requires the plan/insurer to permit the enrollee/insured to assign payment of benefits to the health care professional.

​On its face, the proposed law would allow patients to get the care they need without having to worry about whether or not their doctor is in or out of their insurance company's network. The AAPS argues that it is inherently unfair for the insurance company to be the entity that decides what is a reasonable fee for a doctor's services. This enriches the insurance companies at the expense of doctors. They further argue that "as every economist knows" price controls lead to shortages. AAPS general Counsel Andrew Schlafly states, "Private companies cannot be lawfully authorized by the legislature to impose price controls on workers who have no contract with them. When price controls have been used, they are set by publicly accountable entities. Private insurance companies have no such accountability, political or otherwise.”

​In fact, states the physician's advocacy group, if insurance companies are allowed to impose their less-than-market rates on doctors with whom they have no contract, then those doctors will cut back on the care they are willing to provide. According to AAPS, insurance companies and their highly paid executives profit more if they can impose low prices on the entire market and not just providers who choose to contract with them. “And they do still better if they don’t have to pay at all when patients receive no care because no one can afford to provide it to them,” says Dr. Jane Orient, executive director of AAPS.

​The California Medical Association, in a letter to the bill's authors, cautions that "we believe this problem is primarily driven by increasingly narrow provider networks available to enrollees of certain health plans which forces patients to in-network facilities that do not have nearly enough in-network providers available to provide covered services. In these instances, health insurers are sending patients to in-network facilities where they are all but guaranteed to receive care from an out of network physician because of the narrowness of the plan’s network.

Given that out-of-network payments are set at a statutory rate, we do not see a current enforcement mechanism that will penalize health plans for carrying inadequate networks after the passage of AB 72."

​In other words, if health insurance companies are allowed to pay any doctor, in or out of network, the fee decided by statute as opposed to the free market rate, they will have no incentive to work out fair contracts with doctors to be a part of their network. Networks will shrink and patients will have fewer choices of in-network doctors to take care of their health care needs. Anyone who has health insurance is probably aware of the difficulty of finding certain specialists who are in-network. Many individuals with specialized health needs find themselves paying very high rates that insurance companies do not have to reimburse, except by a very small amount. 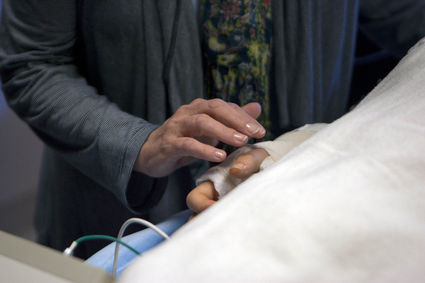 AB 72: A bill to protect patients from surprise bills after a hospital visit is currently under consideration in the California Assembly.

On the other side of the argument, Consumers Union writes that "health insurance coverage should provide protection against overwhelming medical bills and debt. Consumers should not pay the price for the complicated relationships between doctors, facilities and health plans." Doctors are not usually employees of the hospital and therefore not necessarily in the same health insurance network. Hospitals do not even know if a doctor is in or out of a patient's network and so cannot even inform the patient he is about to be treated by an expensive, out-of-network anesthesiologist or pathologist.

"This bill is a balanced solution that protects patients from unfair surprises, while also requiring insurers to reimburse out-of-network doctors at in-network facilities fairly, at a minimum, the greater of the average contracted rate or 125% of Medicare. It also allows doctors to appeal for a higher payment through a streamlined IDRP (dispute resolution plan).