SMC Grad Off to Japan with $10K Scholarship from Assn. of Teachers of Japanese 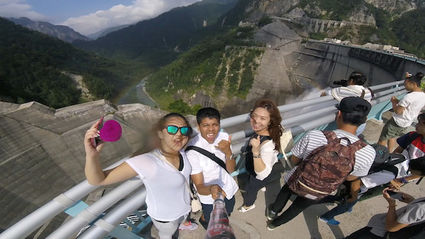 Santa Monica College (SMC) graduate Daniel Zarate has been awarded a $10,000 Bridging Scholarship for Study Abroad in Japan by the American Association of Teachers of Japanese (AATJ).

Zarate, who earned his Associate degree in Business Administration at SMC, was one of only 79 undergraduate students from colleges and universities across the United States to receive the AATJ scholarship, which is sponsored by the US-Japan Bridging Foundation.

Zarate is now a student in Tokyo at Temple University, Japan Campus (TUJ), the oldest and largest foreign university officially recognized by Japan's Ministry of Education, Culture, Sports, Science and Technology. He credits his Japanese language instructors at SMC for encouraging him to go study in Japan, and is especially grateful to Professor Keiko Tsurumi for helping him define his goals and being "instrumental in my success and aspirations."

"Daniel is a very self-motivated, goal-oriented individual who sets high standards for himself," said Professor Tsurumi. "I am so proud of him, and this truly is a testament to all of SMC's Japanese faculty who helped him in his journey in the Japanese program." The Japanese program is the second largest – after Spanish – of the 15 language programs offered through the SMC Department of Modern Languages and Cultures.

Raised by his Salvadoran mother who is a truck driver, Zarate said that when his parents arrived in the U.S., everything was a new experience for them. "I want that same experience," he said. "Most of my life I was only exposed to South Los Angeles and South Gate, which made me eager to discover cultures outside of these borders." He chose SMC because it was about an hour's commute away from his home, and because the college tops in transfer rates.

"What attracted me to study the Japanese language was the vast majority of Japanese international friends I made at SMC," said Zarate. "After hanging out with them for most of my first year at SMC, I decided to begin studying the language more formally." 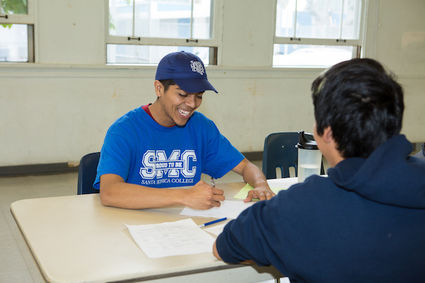 Daniel Zarate-who was awarded a $10,000 Bridging Scholarship for Study Abroad in Japan by the American Association of Teachers of Japanese (AATJ)-also mentored John Adams Middle School students through SMC's Brother-to-Brother mentoring program while he was a student at the college.

And that led him to set a goal of studying in Japan. "He's a real doer," said Professor Tsurumi, "good at reaching out for resources and networking, and he's also a wonderful mentor."

"I want people to know that I am a proud to be an SMC student," said Zarate. "SMC has not only allowed for me to realize my dreams. but most importantly, it has provided me with the skills and resources necessary for me to advance in achieving my dream. I have only been in Japan for a short while and have a long road ahead of me, but I have already grown so much personally and professionally. Most importantly, I want people to know that I am living proof that striving for any dream is worth it because it is possible."

Zarate has also set another goal for himself: to be part of the organizing committee of the Games of the XXXII Olympiad, to be held in Tokyo in 2020. "Knowing him, I have no doubt he will have a strong involvement in the Olympics," said Tsurumi.