Kings Under Parking Lots: Odd Habits of the British

Henry I May Have Been Paved Over Like Richard III 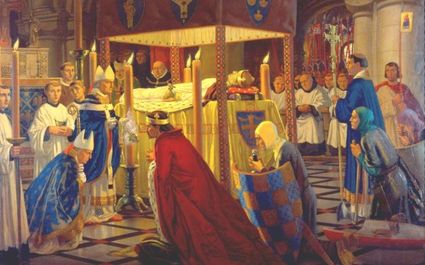 The burial of King Henry I at Reading Abbey, in January 1136.

Archeologists have found what may be the remains of King Henry I under a parking lot on the site of Reading prison.

The discovery was made by a team exploring the location of the ruins of Reading Abbey, which was established by Henry in 1121. While it was known that the king and his queen Adeliza were both buried in the Abbey, the exact place of the graves was unknown.

Henry was the fourth son of William the Conqueror. He ruled England for 35 years after the death of his older brother William II.

Just four years ago, the remains of another king, Richard III, were found under the Greyfriars parking lot in Leicester.

The new find includes several graves and other artifacts, revealed by the use of ground penetrating radar on land that would have once been behind the Abbey's High Altar.

Henry built the Reading Abbey specifically to be his final resting place. It had previously been thought that he was buried in front of the High Altar, the most prestigious location, but his tomb was destroyed along with the Abbey after the Dissolution in 1539. There have been persistent stories of grave robbers raiding the area in search of Henry's coffin, which is said to be made of silver.

Henry died in Normandy, in December of 1135, where his body was embalmed and sewn into a bull's hide for the journey back to Reading. Stormy weather delayed the crossing of the Channel to England for four weeks, but his body was eventually brought up the River Kennet to the Abbey's wharf. 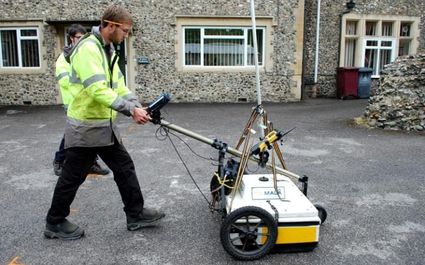 During the 19th century a piece of carved stone was discovered which is believed to be a part of Henry's tomb. It had been reused in the construction of a nearby wall.

Archaeologists are hoping to begin digging the area beneath the parking lot this autumn as part of an ambitious project meant to establish the full historic significance of the Abbey.

A full excavation will be required to confirm whether the remains in the grave actually belong to Henry.

Richard III's remains were identified by DNA evidence linking him to two descendants of his older sister Anne of York. Henry was an earlier king by 300 years, but he sired two legitimate and 24 known illegitimate children, so a DNA match may be possible for him, as well.

Reading is about 100 miles away from Leicester so how could this be?