NCSD Calls on Congress to Fight STDs with Funding Increases 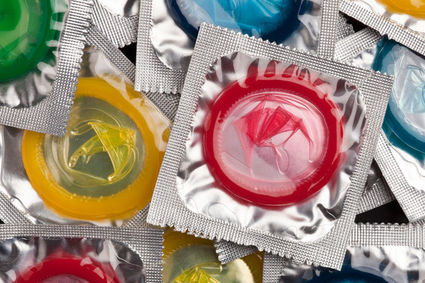 Condom use can help protect against STDs.

The surge in STDs is occurring at a time of budget cuts to State and local STD programs, including a possible $5 million cut in 2017 by a Senate Appropriations subcommittee.

"Given the surge in STDs, now is not the time to reduce funding to combat these diseases," says David C. Harvey, executive director of the National Coalition of STD Directors. "We call upon Congress to reverse the 2017 Senate funding cut and provide an increase of at least $8.1 million for STD programs. We also call upon the new administration to request additional funding for STD programs in their 2018 budget request to Congress," Harvey adds.

Annually, there are 20 million new STD cases, costing the U.S. health care system $16 billion. Rates of chlamydia, gonorrhea, and syphilis increased significantly for the third year in a row, reaching a 20-year high. The long-term health consequences posed by STDs are serious and often irreversible, especially if not diagnosed and treated early. Young people ages 15-24 and gay and bisexual men are at highest risk for STDs. Young people face unique barriers to services, including stigma, confidentiality concerns, and limited access to expert STD providers.

STDs can lead to chronic pelvic pain, infertility, and ectopic pregnancy. A pregnant woman can pass STDs on to her baby, leading to serious disabilities or death in the infant. STDs increase the risk for acquiring HIV, especially men who have sex with men, undoing the gains that have been made in HIV prevention and care.

The National Coalition of STD Directors (NCSD) is a partnership of public health professionals dedicated to promoting sexual health through the prevention of STDs.

Chlamydia is a sexually transmitted desease caused by the bacterium Chlamydia trachomatis. In women, symptoms may include abnormal vaginal discharge, burning during urination, and bleeding in between periods, although most women do not experience any symptoms. Symptoms in men include pain when urinating, and abnormal discharge from their penis. If left untreated in both men and women, Chlamydia can infect the urinary tract and potentially lead to pelvic inflammatory disease (PID). PID can cause serious problems during pregnancy and even has the potential to cause infertility. It can cause a woman to have a potentially deadly ectopic pregnancy, in which the embryo is attaced outside of the uterus. However, Chlamydia can be cured with antibiotics.

Gonorrhea is caused by bacterium that lives on moist mucous membranes in the urethra, vagina, rectum, mouth, throat, and eyes. The infection can spread through contact with the penis, vagina, mouth or anus. Symptoms of Gonorrhea usually appear 2 to 5 days after contact with an infected partner however, some men might not notice symptoms for up to a month. Symptoms in men include burning and pain while urinating, increased urinary frequency, discharge from the penis (white, green, or yellow in color), red or swollen urethra, swollen or tender testicles, or sore throat. Symptoms in women may include vaginal discharge, burning or itching while urinating, painful sexual intercourse, severe pain in lower abdomen (if infection spreads to fallopian tubes), or fever (if infection spreads to fallopian tubes), however many women do not show any symptoms. There are some antibiotic resistant strains for Gonorrhea but most cases can be cured with antibiotics.

Syphilis is an STD caused by a bacterium. Untreated, it can lead to complications and death. Clinical manifestations of syphilis include the ulceration of the uro-genital tract, mouth or rectum; if left untreated the symptoms worsen. In recent years, the prevalence of syphilis has declined in Western Europe, but it has increased in Eastern Europe (former Soviet states). A high incidence of syphilis can be found in places such as Cameroon, Cambodia, Papua New Guinea. Syphilis infections are increasing in the United States. 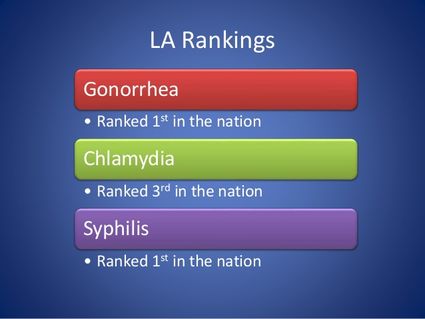