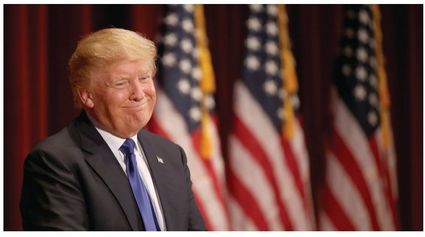 Eb-5, Also known as the Immigrant Investor Program, grants visas to foreigners in exchange for investing a minimum of $500,000 into U.S. projects that promise to employ 10 or more workers.

Eb-5, Also known as the Immigrant Investor Program, grants visas to foreigners in exchange for investing a minimum of $500,000 into U.S. projects that promise to employ 10 or more workers.

In the past few months, there has been a lot of talk on what will become of the EB-5 visa program, which was set to expire on September 30, 2016. To no surprise, Congress passed a Continuing Resolution just two days before the set expiration date which will allow the EB-5 program to continue until December 2016. Congress will now either need to agree on a reform for the program or let it expire.

Experts on the topic believe that the EB-5 immigrant visa program will continue to thrive under the Trump Administration.

Though changes are expected to take place to the EB-5 Immigrant Visa Program, experts everywhere are predicting that the program will thrive when Trump takes Office.

Trump himself is no stranger to the Immigrant Investor Program. His own company brand has been licensed to Trump Bay Street, a large Eb-5 funded project developed by Kushner Cos. and KABR Group. Kushner Cos. is led by Jared Kushner, Tump's son-in-law.

Trump Bay Street is a 50-story luxury apartment tower in Jersey City, N.J. Though Trump himself is not taking any part in the financing of Trump Bay Street, he has displayed that he is eager to license his name out to an EB-5 funded project. This information alone suggests that he has underlying support and understanding for the EB-5 program.

While Trump was campaigning to be President, The Trump Organization continued to find branding opportunities that license out the Trump name to real-estate projects to expand the Trump brand without taking on financial responsibility for the projects.

As reported in the Wall Street Journal at the end of October, The Trump Organization is partnering with Global Management Resources on a $170 million 33-Story luxury hotel and condo development in downtown Austin, TX. The Trump-branded hotel, is seeking $40 million from 80 EB-5 investors, making it the second Trump-branded building that has applied for EB-5 funding. Much like Trump Bay Street in NJ, The President Elect is only lending his brand to the project while its partner, Global Management Resources will be in charge. 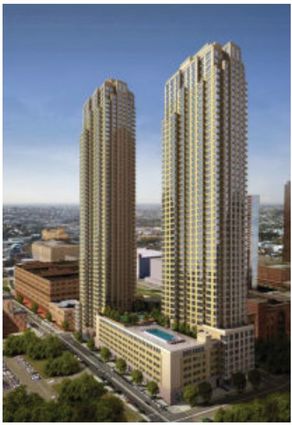 Trump is a developer himself, and he seems to understand the importance of a program like this. The fate of the EB-5 Visa Immigrant Investor Program is still undecided, but EB-5 experts across the U.S. are remaining optimistic. Some experts are even speculating that the EB-5 program will expand to reach new heights once it is controlled by a government made up of Republicans.

Would you like to speak to one of our expert EB-5 Attorneys? Ask for our contact information!

Was this article useful?

Nothing in this blog post is intended as legal advice. Your situation is fact dependent, and you should consult with an attorney. Opinions expressed in this blog are those of the author only.