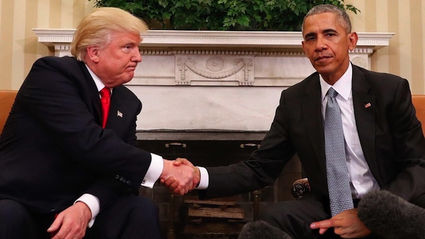 Update 12/18: A group of about 80 electors (including one Republican) signed on to a letter to National Intelligence Director James Clapper asking for a briefing on the role Russian hacks may have played in the election before the vote. (That request, supported by Hillary Clinton's campaign chair John Podesta, will not be granted, the Office of the Director of National Intelligence said.)

Hillary Clinton's top political adviser John Podesta said the campaign is supporting an effort by members of the Electoral College to request an intelligence briefing on foreign intervention in the presidential election. Podesta said that President Barack Obama backs this effort.

"The bipartisan electors' letter raises very grave issues involving our national security," Podesta said in a written statement Monday. "Electors have a solemn responsibility under the Constitution and we support their efforts to have their questions addressed."

"Each day that month, our campaign decried the interference of Russia in our campaign and its evident goal of hurting our campaign to aid Donald Trump," he said. "Despite our protestations, this matter did not receive the attention it deserved by the media in the campaign. We now know that the CIA has determined Russia's interference in our elections was for the purpose of electing Donald Trump. This should distress every American."

Podesta's statement is the first public statement from the Clinton campaign raising questions about the legitimacy of Donald Trump's victory.Obama's backing is a 180 degree turnabout--he had supported Donald Trump's inauguration up till now, and encouraged Hillary Clinton to accept the results.

It follows an Open letter from 10 presidential electors, requesting an intelligence briefing ahead of the Dec. 19 vote of the Electoral College. One of them was Democratic Leader Nancy Pelosi's daughter Christine.

Just after Podesta released hius statement, the Democratic National Committee disseminated a Politico.com story that revealed the electors' call for a briefing. Two Democratic members of Congress have also suggested the Electoral College should take an active role in reassessing - or stopping - a Trump presidency.

One of them, Rep. Jim Himes (D-Conn.), a member of the House Intelligence Committee, told Politico on Monday that Trump is a "potentially dangerous president."

"It became clear to me last night that this man is not only unqualified to be president, he's a danger to the republic," Hines said. "I do think the Electoral College should choose someone other than Donald Trump to be president. That will lead to a fascinating legal issue ... but I would rather have a legal problem - a constitutional legal problem -- then to find out the White House was now the Kremlin's chief ally."

The President is expected to address the matter publicly soon.

The Office of the Director of National Intelligence (DNI), representing the United States Intelligence Community, in October 2016 said they were confident that Russia interfered in the 2016 U.S. presidential election.

On October 7, the DNI and DHS stated that the intelligence community was confident Russia had directed the breaches of the Democratic National Committee (DNC) and the release of its private documents. The report stated that these acts were conducted in an attempt to influence the results of the U.S. election. The Russian government has said it had no involvement in the cyber attacks against the DNC.U.S. officials said the CIA had concluded with "high confidence" that the Russian government clearly intervened in the U.S. Presidential election in 2016, "with the primary aim of helping make Donald Trump president."

This conclusion was not based on new intelligence since the election but on "an analysis of what many believe is overwhelming circumstantial evidence." 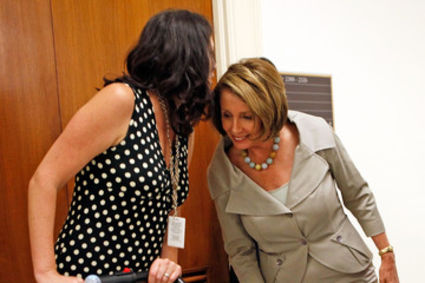 According to a senior U.S. official briefed on the CIA presentation, the conclusions were the consensus of multiple intelligence agencies. Senior U.S. officials and U.S. intelligence agencies have also stated that they have high confidence that Russia was involved in providing WikiLeaks with thousands of hacked emails from the Democratic National Committee and Clinton campaign chair John Podesta with the intent of influencing the election.

In contrast to the CIA, the FBI was uncertain whether Russia's interference in the election was a purposeful effort to help Trump, with one senior FBI counterintelligence official reporting that Russia's motives were not fully clear. U.S. Senator Harry Reid has asserted that the FBI organized a "coverup" the Russian hack to tip the election in Trump's favor.