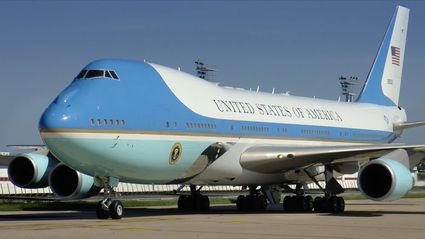 In yet another unsupervised early morning tweet, Donald Trump on Tuesday said that the government was shelling out $4B for a new Air Force One from Boeing:

"Boeing is building a brand new 747 Air Force One for future presidents, but costs are out of control, more than $4 billion. Cancel order!"

Boeing was quick to correct his error, issuing a statement to inform the public that they only had a $170M contract for research:

"We are currently under contract for $170 million to help determine the capabilities of these complex military aircraft that serve the unique requirements of the President of the United States. We look forward to working with the U.S. Air Force on subsequent phases of the program allowing us to deliver the best planes for the President at the best value for the American taxpayer."

$170M is not small potatoes, but it is a far cry from Trump's inflammatory $4B figure.

It is probably no coincidence Trump's tweet came just about an hour after the Chicago Tribune posted a story in which Boeing CEO Dennis Muilenburg called on Trump to back off his anti-trade rhetoric. Muilenburg fears a trade war could undermine Boeing's extensive business of exporting planes from the U.S. The market for giant airplanes is small, but global.

Once is never enough for Trump. Shortly after tweeting, he told reporters at Trump Tower: "The plane is totally out of control. It's going to be over $4 billion for Air Force One program and I think it's ridiculous. I think Boeing is doing a little bit of a number. We want Boeing to make a lot of money, but not that much money." 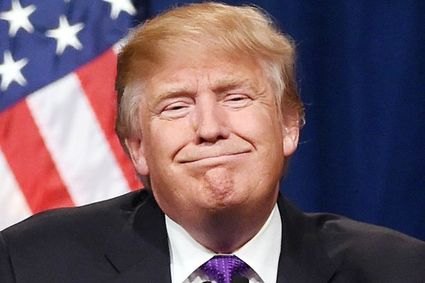 Trump knows by now that if he repeats a lie often enough, his supporters will fall in line to bleat it out after him. Remember "Crooked Hillary"? Despite mountains of evidence showing that Clinton was not guilty of any crime and equally large mountains of evidence showing that Trump routinely cheats his employees and contractors, there are many Americans who still sincerely believe that Hillary Clinton is somehow "crooked."

So ... our future President, who deeply loves his own ignorance (skipping security briefings, refusing to prepare for debates, refusing to consult with experts in either protocol or science) still manages to make himself feel smart by impressing his equally ignorant fans.

One thing is clear: this is not going to be a presidency that promotes education.