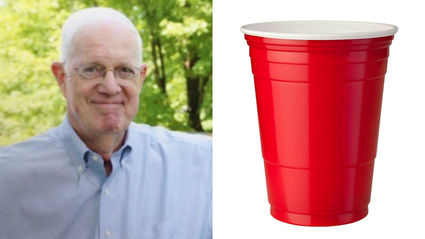 Robert Hulseman and his most famous creation.

Former Solo Cup Co. President and Chief Executive Robert Hulseman has died at the age of 84.

Hulseman passed away at his home in Northfield, Illinois on December 21. The cause of death has not been released.

Hulseman spent nearly 60 years involved with the foodservice packaging company started in 1936 by his father, Leo, who had previously worked for the Dixie Cup Company. Solo Cup was based in Lake Forest, Illinois, and it made a variety of disposable food and drink containers from paper, plastic and recycled materials.

Robert Hulseman developed the sturdy but inexpensive red plastic Solo Cup in the 1970s and it quickly became a fixture at family gatherings and picnics.

The cups are used in American college and university games such as beer pong and flip cup, and they are also used by the cannabis growing community as small pots.

Although they come in several colors, the red version of the cup outsells the others by a wide margin.

The Solo Cup Co. was sold to Dart Container Corp. of Mason, Michigan, in 2012.

Now a red solo cup is the best receptacle

For barbecues tailgates fairs and festivals

And you sir do not have a pair of testicles

If you prefer drinking from glass

A red solos cup is cheap and disposable

And in fourteen years they are decomposable

And unlike my home they are not fore-closable

Now I really love how your easy to stack

But I really hate how your easy to crack

'Cause when beer runs down the front of my back

Well that my friends is quite yucky

But I have to admit that the ladies get smitten

Admiring how sharply my first name is written

On you with a sharpie when I get to hittin'

On them to help me get lucky

But only you red will do for this fellow

'Cause you are my Abbot to my Costello

And you are the fruit to my loom

And believe me that I'm not the least bit sarcastic

When I look at you and say

Thank you for being my friend. 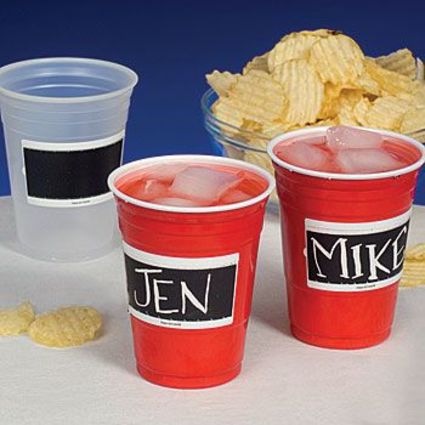 Red solo cup, red solo cup (I fill you up, let's have a party)

Let's have a party, proceed to party yeah yeah