Best and Worst U.S. Airlines According to a Leading Resource for Travel News 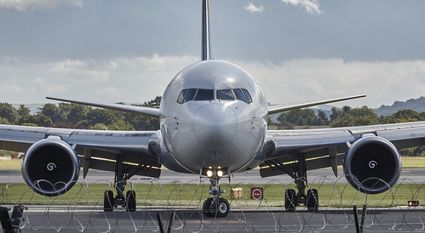 Alaska Airlines is the best U.S.-based airline, according to a new study conducted by ThePointsGuy.com, which has 3.3 million unique visitors per month and is a leading resource for travel news.

Spirit Airlines received the lowest ranking of the 10 major carriers included in the report. The full ranking, along with an interactive tool that lets users customize which factors are most important to them, is available here:http://thepointsguy.com/2017/02/best-and-worst-airlines-2017/

Alaska Airlines earned top honors in the frequent flyer program category and placed second in customer satisfaction and on-time arrivals. Its main drawback is a mediocre route network, but its ongoing merger with Virgin America should improve that situation, especially in popular markets such as California, New York City and Washington, D.C.

United came in second overall thanks in large part to its comfortable cabins and an abundance of lounges (it rates second in both categories).

While Virgin America placed an impressive third overall, its ranking is choppier than most. On the plus side, Virgin topped the list for cabin comfort and it loses the fewest bags per passenger of any airline on this list. However, a limited route network (second-worst) and pricey bag/change fees (third-highest) kept Virgin from a higher ranking.

Spirit took the bottom spot on the list thanks to last-place rankings for cabin comfort, customer satisfaction, frequent flyer perks and on-time arrivals, plus zero lounges. It earned a top score for cheap fares, but Spirit didn't place higher than fifth in any other department.

Frontier (second-worst overall) is similar to Spirit. It ranks in the bottom half of every classification except airfare, where it's second-best.

About The Points Guy:ThePointsGuy.com (TPG) is a trusted travel and lifestyle media platform. Launched in 2010 by founder Brian Kelly, TPG consists of an expert team of travel editors, searching around the clock for the latest deals and breaking industry news. Updated multiple times daily, TPG's ability to cut through the noise and provide useful and applicable advice has established us as an industry leader. With 3.3 million monthly unique visitors and over 2 million followers across our social platforms, TPG is the ultimate authority in maximizing travel and minimizing spending. Brian has been featured in over 100 publications and news outlets including The New York Times, Condé Nast Traveler, The Los Angeles Times, The Independent, CNN, and The Today Show, among others. He has presented at various travel conferences including the LA Times and New York Times Travel Shows, and the annual Chicago Frequent Flyer Seminars. 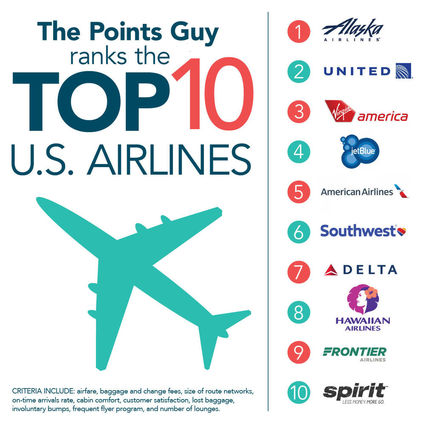 ThePointsGuy.com ranked the largest U.S. airlines according to various factors. Alaska Airlines came out on top.