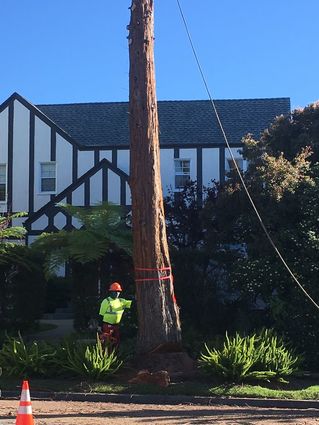 In the last election, City Councilmember Kevin McKeown said that if the public voted down a restrictive measure that would have required voters approve any new development, he would slow down the rapid pace of local development. The City Council approved a couple of measures that will cost property owners money, unless they own single family homes. New developments can't use any more energy than their predecessors--was this the LUVE compensation that City McKeown promised?

Local property owners have seen their investments have triple in value in 15 years, so it shouldn't hurt their bottom lines too much. JMHO.

3/28: The Santa Monica City Council unanimously voted to approve the second reading of an ordinance requiring all new single-family construction in the City of Santa Monica to be zero-net energy (ZNE).

Santa Monica is the first city in the country to adopt a ZNE ordinance. The new law goes into effect on May 1, 2017.

"We have ambitious yet attainable goals to be carbon neutral by 2050. ZNE buildings will be the standard not too long from now, but as on many environmental challenges, Santa Monica is leading the way starting with new residential construction," said Mayor Ted Winterer. "This is a forward looking requirement that is low risk and high reward."

Zero-net energy is a building industry term for projects that generate enough of their own energy from renewable sources to equal what they take from the power utility over the course of a year.

3/28 City Council unanimously approved the second reading of a comprehensive seismic retrofit ordinance. Nearly 2,000 commercial and multi-family residential buildings made a list of sites that need to be assessed for possible structural improvement. Participation in the program is mandatory when the ordinance goes into effect in May 2017.

The City's plan is the most extensive retrofitting plan ever in world history. It divides buildings into five categories. Unreinforced masonry buildings must be retrofitted within 2 years. Steel frame buildings have 20 years, and owners of single family homes need do nothing.

Notices will be sent over a one-year period and the timeline for submitting the structural evaluation report and retrofit vary based on the complexity of work involved in each building type.

Beginning in May, building owners will receive notices to complete a seismic assessment. For a proposed schedule with dates for noticing, visitsmgov.net/seismic.

Enforcing its new anti AirBNB ordinance, the City Attorney's office says it has prevailed in a lawsuit against a local vacation rental operator, Globe Homes LLC. 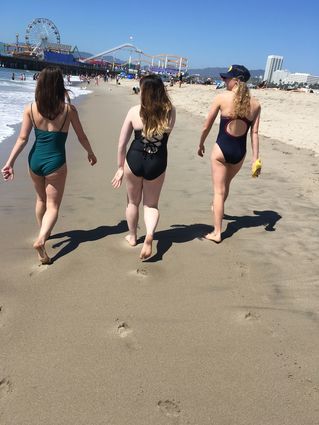 Vacationers like these beachgoers, will have you not be able to compete with residence for housing

Globe was charge with over 30 counts of unlawful activities related to its operation of numerous illegal vacation rentals within the City of Santa Monica. The case was investigated by the City's newly established Vacation Rental Enforcement Task Force, a unit of the City's Code Enforcement Division trained to target illegal vacation rental businesses operating in Santa Monica.

After an administrative judgment in the City's favor, Globe appealed to Superior Court. The case went to trial in December of 2016 in Superior Court. On March 6, 2017, the Court issued its Judgment, affirmed 35 out of the 36 charged violations.

"In a community where 70 percent of residents are renters, it's important to maintain our housing for permanent residents while also preserving the rich character of our neighborhoods," said Mayor Ted Winterer. "This action against Globe does just this while also demonstrating that we are very serious about enforcing our home sharing ordinance."