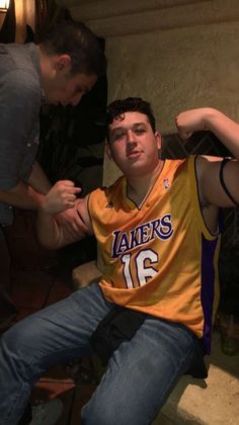 Santa Monica Police Chief Seabrooks said after a lot of work and questioning people close to Virginia Park on the evening of Feb. 26th, that they have a suspect in the murder of Juan Castillo.

Sherman M. Espinoza, 42, an LA Resident, taken into custody at 2 pm yesterday, May 17th. He was in possession of an Uzi and also a 32 caliber gun probably used to shoot Juan Castillo in the head.

Through extensive and thorough investigative efforts, detectives have been able to link Juan Castillo’s death to a shooting that occurred earlier that morning at about 12:45 a.m. in the 2100 block of Pico Blvd and the identification of a possible suspect.

Earlier today, SMPD Detectives filed charges on a suspect believed to be involved in the murder of Juan Sebastian Castillo. The suspect is identified as Sherwin Mendoza Espinosa, a 42 year old male from Los Angeles. The charges have been filed with the Los Angeles County District Attorney’s Office- Airport Division Courthouse. Espinosa has been charged with 187(a) PC – Murder; and 25850(a) PC –Felon in Possession of a Firearm. Espinosa is being held in the custody of the Los Angeles County Sheriff’s Office on a $3 million bail."

In February we reported that the 18 year old was shot on Pico Blvd on February 26, 2017. No previous suspect has been announced. He appears to have walked to Arizona and 15th Street, near Santa Monica UCLA Hospital, where his body was found.

His body was found on a dark and rainy night on 16th Street in Santa Monica, his hometown, where he had gone to high school. He had been a member of the santa monica high school football team and graduated in June, 2016.

Juan Castillo was born and raised in Santa Monica. He had a job working at Burger King, but he was planning on enlisting in the military soon, and he was just 18 years old. 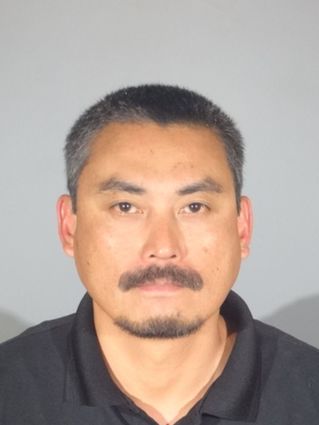 Sherman M. Espinosa, 42, was taken into custody at 2 pm yesterday, May 17th. He was in possession of an Uzi and also a 32 caliber gun probably used to shoot Juan Castillo in the head.

KNBC Los Angeles is reporting that Police found shell casings around a liquor store at 2100 Pico Blvd. KNBC was told that Police found Castillo with a head wound, just one block from the Emergency entrance to UCLA-Santa Monica Hospital. He was with a woman who had evidently driven him to that location.

He was found just after 5 am Sunday morning, a full 4 hours after the shooting. Why it took 4 hours to drive half a mile from 2100 Pico to the hospital is unclear. Police did not know whether the shooting was gang related. When police found Castillo, his shoes were missing. http://www.nbclosangeles.com/news/local/Santa-Monica-Suspicious-Death-Homicide-Investigation-414816123.html