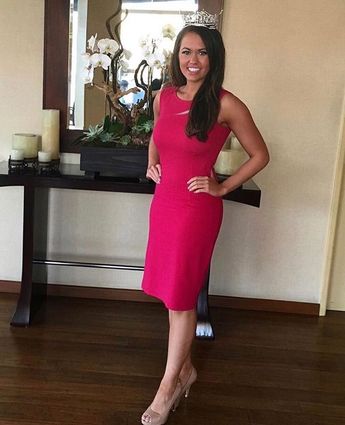 Most people have a one sided view on pageants, which is they are all based on beauty, but this could not be further from the truth, I was absolutely amazed and impressed to learn that the organization is in actual fact the number one Foundation for college scholarships in the world, and here is how it all came to fruition..

Miss America began as a bathing beauty pageant on the Boardwalk in Atlantic City, New Jersey back in September of 1920. The original idea was to extend the tourist season by one week after Labor Day.

Over the course of our 97 year history, there have been many changes to say the least! Over time, there was the addition of the talent competition as well as the implementation of the scholarship program in 1945. The first Miss America to win a college scholarship was Bess Meyerson of New York who was also the first Jewish Miss America. Bess used her Miss America Scholarship to graduate from Hunter College and went on to have a successful career in television as well as in government and community service. Also during the 1940s, the element of community service first became a Miss America tradition. Miss America 1943, Jeanne Bartell, sold $2.5 million worth of war bonds to support our country's war effort. For this record-breaking achievement, she was recognized by the United States Department of the Treasury. From that moment forward, service to community and country became a part of Miss America's resume.

Beginning in the 1980s, every young WOMAN participating in Miss America competitions on the local, state AND national level have been required to develop their own community service "platform" in addition to promoting our national platform partnership with the Children's Miracle Network Hospitals, which began in 2007.

Miss America Organization CEO and Executive Chairman, Sam Haskell, initiated the partnership with Children's Miracle Network in 2007 and OVER the past 10 years, Miss America and Miss America's Outstanding Teen contestants at every level have together raised over $16 million to benefit both the Miss America Scholarship Foundation and the CHILDREN'S Miracle Network Hospitals!

first African-American Miss America, Vanessa Williams, who has been followed by seven more African-American and two Asian-American Miss Americas in the years since. Last year saw the first openly Gay contestant , Miss Missouri , compete at the national level. There is no "cookie cutter" Miss America winner or cookie cutter contestants. They are diverse not only in backround or ethnicity but each brings different strengths, qualities and points of view to the table. What they DO have in common is a work ethic, a heart for service, talent, and the courage, energy and drive to succeed!

According to President and COO, Josh Randle, "Today's Miss America competition is all about the empowerment of young women, commitment to community service, pursuit of higher education and the successful goal oriented lives that come after the crown."

Miss America is not only the largest provider of scholarships for women in the world, but so much more.

For instance, the Miss America Foundation is the only scholarship provider that pays off college debt! Scholarships may be used for both undergraduate and/or graduate studies and there is a great deal of flexibility surrounding the availability and use of these funds. An independent study commissioned by Mr. Haskell, MAO Board Chair LYNN WEIDNER, Mr. RANDLE and the foundation trustees, found MAF to be an unusually, if not uniquely, flexible scholarship provider....working closely with recipients to help them take best advantage and make best use of the scholarships they have been awarded. Scholarships are awarded on the local, state and national levels and do not just go to the one who wins the crown. There are scholarships awarded in many categories from talent winners and fitness winners to community service awards, STEM (science technology engineering and math) awards, women in business awards, non-finalist awards and runner-up awards as well!

At the age of 18, a young woman becomes eligible for the Miss America program and once again, may choose to enter the local and state level competitions

numerous times before making it to the national stage. All the while, practicing and improving their talent performance, honing their speaking skills, focusing on personal health and fitness, becoming more effective in their community service activities and gaining self confidence, poise and scholarship awards throughout the journey.

According to Executive Chairman/CEO Sam Haskell, "Over the course of a young woman's involvement with the Miss America Organization and Foundation, many competitors may potentially be awarded tens of thousands of dollars in scholarships prior to even arriving in Atlantic City to compete in the nationally televised Miss America competition." 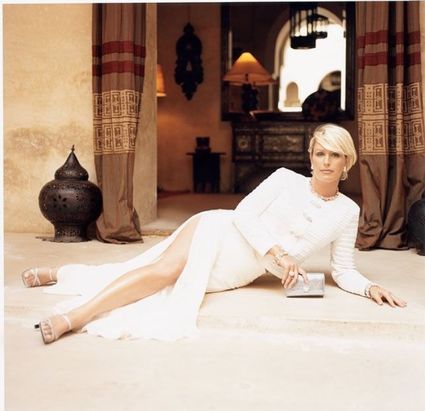 The foundation has also partnered with the luxury fashion brand GRAYSE. A VIP fundraiser is to be held at the newly expanded stunning branch at Fashion Island.

CEO and co founder Kelly Gray could not be happier with the collaboration. "We at Grayse are so thrilled to be a part of their wonderful foundation and support all they do. We were astounded at the positive and generous impact the Miss America pageant makes to these women's lives. As soon as we heard about it, we knew we were onboard, we are also thrilled to have the honor of dressing the beautiful current Miss America Cara Mund in our latest designs, she is the perfect muse for us, intelligent, beautiful and Grayseful." Said Miss Gray, and I couldn't agree more!

To dress like the stunning Miss America Cara Mund, go to http://www.Mkgrayse.com

You should really fact check your articles. This is a flat out lie and the Miss America pageant was debunked and shamed for lying about this. This is a really shameful article. https://www.youtube.com/watch?v=oDPCmmZifE8