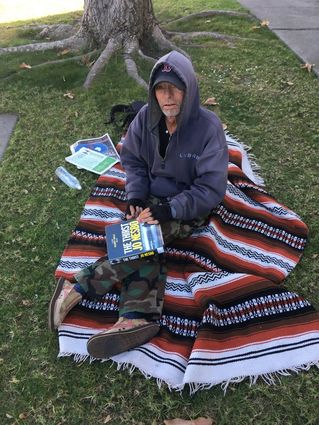 At tonight's City Council meeting, the results of the January 24, 2018 Homeless Count were released showing a 4% increase in homelessness, or an increase of 36 individuals over last year. This comes amidst a regional homeless crisis with 57,000 (2017 regional count numbers) living without permanent shelter countywide.

Here's a look at top line numbers, which will be further informed by the outcome of countywide results expected in late spring from the Los Angeles Homeless Services Authority (LAHSA).

· Within the street count, individuals sleeping in vehicles/encampments increased to 104 people, up from 92.

· The shelter and institution population is 311, a decrease from 340 (8.5%) in 2017. Shelter occupancy was close to 95%; however, results appear to indicate that some people assigned to beds did not utilize them on that night.

Daytime demographic surveys of a smaller subset of the homeless population shed further light on who is coming into Santa Monica and from where:

· Originate outside the City – 44% come to Santa Monica from other parts of Los Angeles County; 32% come from out of state.

"We are not backing down from the commitment we made in 2015 when we set homelessness as one of our top five areas of focus," said Mayor Ted Winterer. "We have listened to residents through Community Conversations, we have new data to benchmark our efforts, and the investments we're making are smart and nimble to meet the challenges of the changing realities of homelessness."

This slight increase of 4% comes after last year's 26% increase in Santa Monica and a 23% increase countywide. There are more people living on the streets, without shelter in every pocket of the 4,700 square miles that make up Los Angeles County. In 2016, voters passed two historic measures to combat this crisis – Measure H and HHH – with housing and a broad net of services to expand the safety net for a diverse homeless population with varying needs. Here are some of the new efforts underway.

· Nearly 600 outreach and engagement workers now working across the county.

· 416 units of supportive housing were proposed last year with 1,152 likely approved by winter 2018.

· County Board of Supervisors has voted to move forward with four ordinances designed to increase the supply of affordable housing.

· Santa Monica Fire Department will begin a new unit out of Fire Station 2 that will be dedicated to low acuity calls for service, many of which involve homeless patients.

· Library Service Officers are working in our libraries and the social worker position is in recruitment. Library pop-up service fairs have connected 83 homeless people to local and regional services.

· The entire Santa Monica Police Department is engaged on homelessness with an increase in self-reported activity up 35% and new officers assigned to the Homeless Liaison Program team.

· A community and employee training will kick off providing tangible tips on how to interact and support homeless individuals.

· The Homeless Steering Committee is a diverse set of stakeholders-social service providers, businesses, nonprofits, health care providers, interested residents and community leaders-who are actively meeting to address needs across all concerned citizens. The first public meeting of the Committee will be March 7th at 6 p.m. at Roosevelt Elementary.

· A community toolkit will provide practical information about who to call and how to comfortably interact with homeless neighbors.

"In my first month here, I've been moved by the passion across Santa Monica," said Alisa Orduna, the City's new Senior Advisor on Homelessness. "This energy will provide the momentum we need to support our homelessness neighbors while also playing a role in the regional effort to get people housed."

For more information, please see the attached and visit http://www.smgov.net/homelessness.

About the Homeless Count Methodology

Homeless counts are mandated by the U.S. Department of Housing and Urban Development. To conduct the Count, over 250 community volunteers and City staff covered each street in Santa Monica – a total of 226 linear miles – to tally homeless individuals sleeping outdoors, as well as in cars, RVs, and tents. Homeless persons in shelters, jails and hospitals were also counted at each facility. The Count is conducted overnight to better identify individuals sleeping in the City, and represents the number of people identified as experiencing homelessness on a single night. The Count is not a cumulative number of people who may experience homelessness throughout the year, nor does it fully represent the number of homeless people who may be present in the City during daytime hours, but sleep elsewhere.