"He called me White Bitch more times than I could count. I said “Your mama!” And he stopped yelling at me." 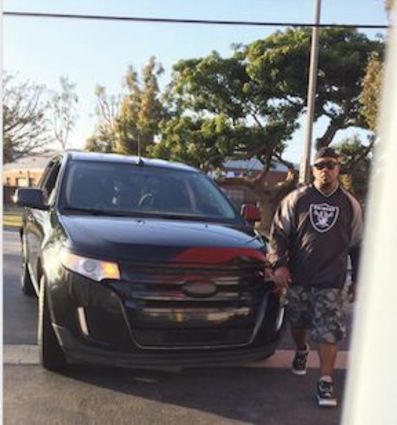 Gina Fuentes, a longtime resident of Santa Monica and a person active in the local Latin community, says that she was verbally assaulted at Extra Space Storage on 3250 Olympic Blvd in Santa Monica.

"Yesterday afternoon I was blocked in and verbally assaulted by a man who repeatedly yelled orders at me, including racial slurs and threats," she posted. "He repeatedly called me a "white bitch" and the only thing that kept him from physically assaulting me was the fence between us.

“This was after my second load of loading a cargo van. I was exhausted. I was leaving. He was trying to enter the parking lot, as I was trying to exit from the other side of the gate. There are key pads on both sides. I pull over to the side, and waited so he could get in,” Fuentes told us

“You need a code to exit, I said I'm waiting for him to put in his code and come in, and he's not doing it. He's sitting in a black SUV, which I approach to punch in my code," said Fuentes, meaning the two were on separate sides of the gate.

“He starts honking, leaning on the horn. He gets out and starts yelling at me, “You white bitch, you white whore, you better fucking move that van, right now, or else!”

Finally I replied, “Who do you think you are? You don’t tell me what to do.”

"He called me White Bitch more times than I could count. I said “Your mama!” And he stopped yelling at me."

"My mother’s dead," he said. "I am someone's mother!" I said. He paused and thought about it. Then he started calling me "white bitch" over and over, as if he'd lost his mind

An older white man came by, tried to calm the dude down.

“Peace, love and unity” says the old hippy. This gave me a chance to take pictures of him, since there was a fence between us, and he freaked out even more

I called 911, she said. "He didn't have a front license plate, and he backed into a parking spot outside the gate," Fuentes said. She didn't want to be assaulted, so she used the opportunity to punch in her code and leave

911 called her 15 minutes later to ask where she was, and she said she had retreated from the confrontation. "The Police officer said he could see his car but nobody was in it," Fuentes said.