Ocean Towers Has Been Falsely Portrayed, Reports One Homeowner

There is no Misappropriation of Funds, and John Spahi is not the CEO, for starters. 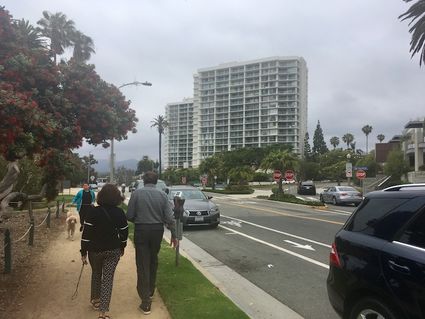 Ocean Towers apartments is at the North end of Palisades Park, one of the world's finest urban locations for an apartment building

A posted article about Ocean towers contains a ton of false information, I'd love a chance to discuss with the author and set the record straight.

The following is just some of the information that is false.

The litigation is still on-going and the matter has not be adjudicated fully yet.

3. " The lawsuit alleges that Spahi, who now owns a controlling interest and 40 units in the property, misappropriated $11 million out of $50 million FEMA paid Ocean Towers to make repairs after the 1994 Northridge earthquake."

The lawsuit has nothing at all to do with these allegations. The matter at hand is whether or not Ocean Towers had the right to pay attorney fees to protect its board of directors.

4. "That $11 million has never been accounted for," one resident told us. "We believe that he used the money to acquire more units for himself because he appointed himself CEO of the co-op corporation and could do whatever he wanted or felt he could. And anyone who challenges him is immediately sued," she said."

This is all false, none of this has been alleged in any formal document in the case pending. John Spahi was never CEO of Ocean Towers. Ocean Towers provides financial statements every year to show ALL distribution of fund. Ocean Towers has taken on 3 loan since that time and has passed all due diligence from all the lenders.

I'm happy to discuss the receivership motion in detail, but please issue a retraction of this article as none of it is true. I'm happy to meet with you in person to discuss all the relevant facts.

This opinion is written by the son of John Spahi. We attempted to purchase a foreclosed unit that was precious owned by John Spahi. (All Cash) Because the board was totally controlled by Spahi he would not approve our application for the co-op. Thus, the bank could not sell us the unit. We tried buying other condo units there and kept getting rejected from the coop also. All to prevent us from getting approval for the original foreclosed unit. In the meantime, Spahi broke into the unit and illegally started renting it for thousands of dollars while he filed another false lawsuit against the bank who legally owned the unit. Joe Orlando was his henchman. He straight out explained to us that the above was the reason that we were not getting approved. This place is a mess and we are so greatful that our escrow never closed. This man controlled who was able to buy and sell in his building. He was a walking threatening lawsuit machine. He never had to pay the fees!