A Portrait of the Playwright as a Young Man: Broadway Bound, a comedy by Neil Simon 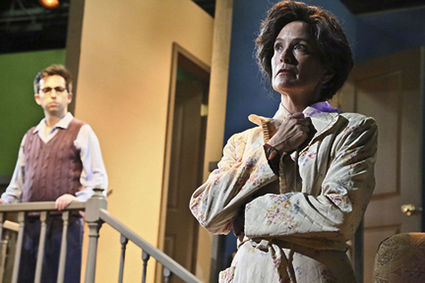 Josh Reiter and Jill Remez in Broadway Bound at the Miles Playhouse.

It's 1949, the war is over, and America is beginning a new chapter. Eugene Jerome and his brother Stan are being given a chance to audition as comedy writers for CBS in the emerging medium of television. If they succeed, they'll move out of the family home in Brighton Beach and into the Big City. Eugene, however, is distracted. He's fallen in love and thinks his new girl is The One. Stan has episodes of writer's block.

Meanwhile, all is not well within the family: father Jack is often "working late" and mother Kate suspects the worst. Grandpa Ben no longer lives with his wife and resists his wealthy daughter Blanche's attempts to move him to Florida.

Will Eugene find bliss with the love of his life? Will he and Stan achieve fame and fortune?

Broadway Bound is the third of playwright Neil Simon's plays featuring the character of Eugene Jerome, who is loosely based on Simon himself, and the play is loosely based on Simon's experiences. It was first produced in 1986. While containing plenty of Simon's jokes, it has contains enough emotional conflict to give it dramatic heft, making for a satisfying entertainment.

Simon, now 91, is the most commercially successful playwright of the 20th Century, turning out 33 plays between 1961 and 2003. He is the writer of 27 screenplays, some of them based on his plays. He is the winner of four Tony® Awards (The Odd Couple, Biloxi Blues, Lost in Yonkers, and a special Tony for contributions to theatre), two Emmy® Awards (Your Show of Shows, The Phil Silvers Show), and a Pulitzer Prize (Lost in Yonkers).

Howard Teichman directs Broadway Bound for the West Coast Jewish Theatre. He is the Artistic Director of West Coast Jewish Theatre. His previous directing credits include New York Water; Fugu (which he also wrote); The Whipping Man; Luv; Last of the Red Hot Lovers; Sarah Sarah; The Value of Names; Lost in Yonkers; Rumors; Simcha (which he also wrote); much more. 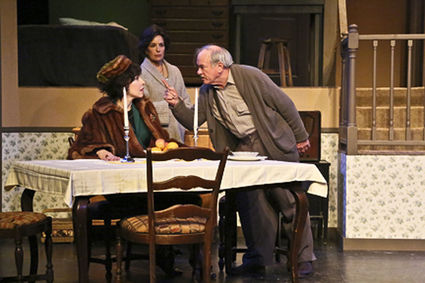