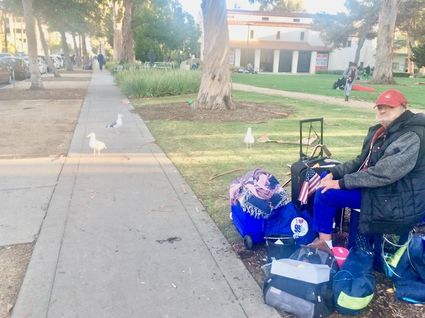 On Tuesday, 12/11/18, the Los Angeles City Council voted to construct a temporary homeless shelter on a former Metro bus yard located at Sunset and Pacific Avenues, blocks from the beach. Designated a temporary shelter, it will open next year. Funding will come from Mayor Eric Garcetti's A Bridge Home initiative.

In April, Mayor Garcetti announced the initiative he called A Bridge Home. The idea was to see the creation of temporary homeless shelters in each of the city's 15 council districts. This is intended to be to be 'transitional' housing, with the residents eventually moving on into permanent housing. The officials claim those using the facilities will be given access to such support services as drug addiction counseling. The proposal has not been met with universal approval among the city's residents, and so far, only one shelter has been built, a complex of trailers beside the El Pueblo de Los Angeles Historic Monument. This shelter houses 45 residents.

The proposals for other shelters in the city have either been abandoned or are currently facing stiff opposition. The project planned for Koreatown was scrapped. Sites in Wilmington and Sherman Oaks are looking at uphill battles.

The site just approved in Venice also met resistance from area residents since its announcement last summer, though some wanted an opportunity to get the homeless off the streets. Venice is believed to have the largest homeless concentration, consisting of nearly 1,000 people, 85 percent of whom live outside of shelters.

Mayor Garcetti, LA City Councilmember Mike Bonin, and LA Police Chief Michel Moore all heavily favored the creation of the Venice 'temporary' homeless shelter. According to emails obtained through a public records request by residents, Bonin's office went so far as to spend $10,000 on a series of videos that would portray the homeless in a sympathetic light.

"The group opposing bridge housing is trying to characterize all homeless people in Venice as dangerous criminals from elsewhere," wrote David Graham-Caso, a Bonin spokesperson, in an email to Invisible People, the nonprofit hired to create the videos. "Your videos can help answer that unfair characterization, and we would like as many videos as possible." 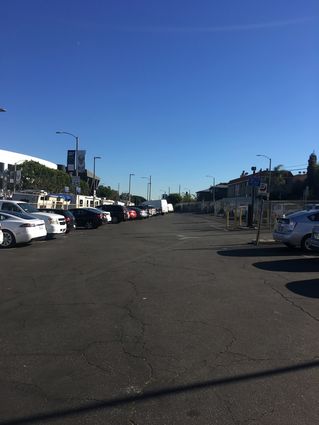 Venice Parking lot where the shelter will go

Publicly, Bonin said at the Tuesday meeting that, "This is not a question of whether we say yes or no; whether to say yes to housing and shelter and beds, or whether we say yes to a continued proliferation of sidewalk encampments in our neighborhoods and a whole host of problems that causes."

Given the proliferation of homeless encampments and drug and crime activity currently seen on the streets, it is not clear how much of an alleviation one 154-bed shelter will bring - or what policies are in place to make sure that the problems Venice residents are seeing on the streets won't simply get carried into the shelter.

In any case, providing free housing blocks from the beach will probably not be discouraging the homeless from continuing to flock to Venice.