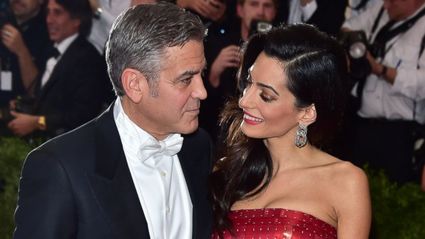 George & Amal Clooney have called for a boycott of the Bel Air Hotel and the Beverly Hills Hotel, because they are owned by the Sultan of Brunei. The hotels deny any LGBTQ discrimination.

On April 3, Brunei put into effect Islamic Sharia laws that allow for amputation for theft and stoning to death for adultery and homosexual sex. These laws have been on the books since 2014 but were only put into effect on Wednesday. Even before 2014, homosexuality was punishable by a jail term of up to 10 years.

Brunei is a sultanate located on the north coast of the Island of Borneo off the South China Sea. Sultan Hassanal Bolkiah has held his regal position since 1967. He is listed as one of the wealthiest people in the world, with a net worth in 2008 of $20 billion. Brunei itself, with the second-highest Human Development Index in Southeast Asia, is considered a "developed country."

With a population of only 430,000, Brunei is roughly two-thirds Muslim. The rest of the populace is Buddhist, Christian, or subscribe to indigenous beliefs or secularism.

While there is no vocal opposition to the new laws in Brunei - public criticism of the sultan is extremely rare - plenty of opposition has been heard outside the country. The UN High Commissioner for Human Rights, Michelle Bachelet, censured the new regulations, saying the Brunei government should "stop the entry into force of this Draconian new penal code."

Meanwhile, celebrities from Hollywood have decided to do what they can to discourage the new laws targeting gays. Actor George Clooney, singer Elton John, and comedian Ellen DeGeneres have called for a boycott of nine high-end hotels owned by the Brunei Investment Agency, which in turn is owned by the sultan.

Two of the hotels, the Hotel Bel Air and the Beverly Hills Hotel, are local. Clooney, in a piece written for Deadline Hollywood, admits the ineffectiveness of a boycott that had been enacted against the Bel Air and Beverly Hills Hotel a few years ago. "...like all good intentions when the white heat of outrage moves on to the hundred other reasons to be outraged, the focus dies down and slowly these hotels get back to the business of business." However, Clooney goes on to argue that although a boycott is not likely to effect a change in Brunei's royally-decreed laws, "But are we really going to help pay for these human rights violations? Are we really going to help fund the murder of innocent citizens?" Clooney also argues that "I've learned over years of dealing with murderous regimes that you can't shame them. But you can shame the banks, the financiers and the institutions that do business with them and choose to look the other way."

While these Hollywood celebrities excoriate the decrees of the Sultan of Brunei, it is unknown if they understand that intolerance of homosexuality is an immutable part of Sharia law. Sharia constrains both Muslims and non-Muslims in a variety of ways that are antithetical to modern Western civilization. Furthermore, similar atrocities against homosexuals - and women - are being enacted on a regular basis in any number of Muslim countries. Some of them, such as female genital mutilation, are being performed right here in the United States. 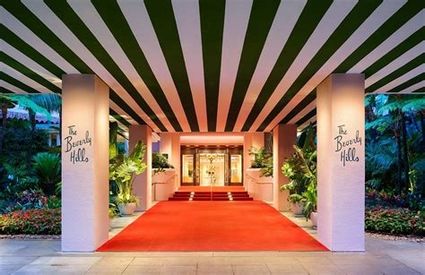 George & Amal Clooney have called for a boycott of the Bel Air Hotel and the Beverly Hills Hotel, because they are owned by the Sultan of Brunei. The hotels deny any LGBTQ discrimination.