Domingo, a veteran of Afghanistan, purchased a dummy bomb from Federal Investigators 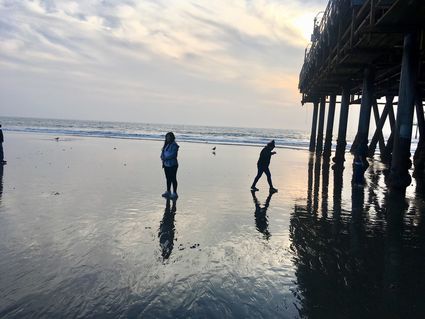 A suspect in a terror plot arrested by the FBI planned to bomb the 100 year old pier last summer. Domingo recently converted to Islam. He bought a bag of nails to put into an IED.

Mark Steven Domingo, 26, of Reseda, a former U.S. Army infantryman with combat experience in Afghanistan, faces federal charges in a terrorist plot in which he planned to detonate an improvised explosive device (IED) for the purpose of causing mass casualties. The complaint alleges that he intended to detonate his bomb on the Santa Monica Pier, because "It was an enclosed space, and doing so would cause mass casualties." https://www.foxla.com/news/local-news/man-arrested-in-socal-terror-attack-discussed-targeting-santa-monica-pier-during-the-summer

The criminal complaint says that Domingo said that detonating an IED with a timer on the pier would "cause a lot of casualties."

The FBI arrested Domingo last week, after he received what he thought was a live bomb, but in fact, was an inert explosive device that was delivered by an undercover law enforcement officer as part of an investigation by the FBI’s Joint Terrorism Task Force. He is expected to be arraigned Monday afternoon.

This is not the first time the Pier has been discussed as a potential terror target. The second most popular tourist attraction in Los Angeles County after Sunset Blvd in Hollywood, the Pier seems to attract lowlife, including apparently, aspiring terrorists.