One morning, he thought up an idea for adding an aspect of controlled randomness to card games 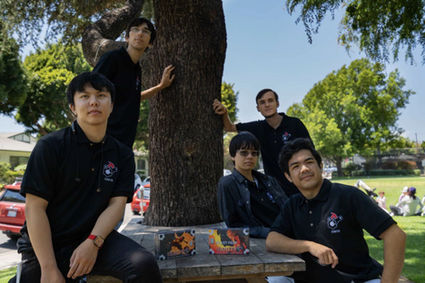 A group of seven friends who grew up in California and met in high school and college have gotten together to design a board game.

Samohi alum Bobby Butchko, Justin Golden, and Vincent Nagoshi as well as Kyle Calip, Alyssa Gahagan, Peter Nguyen, and Evan Rank all shared a mutual love for all things board, card, and tabletop game. Not only did they want to release their own game, and pursue a dream of theirs, but to release a game that provides a card game experience, without the overhead of other collectible or trading card games, where players have to invest hundreds of hours and dollars to play efficiently.

The game plays like other games in the genre, where there are minions that have attack and health stats and a cost to summon them, however the rules were crafted to be as simple as possible. Between the simplistic rules, the low barriers to entry, and the portable design, the game was designed for play both as a two player game and as a party game or family game.

The project began when Justin thought up an idea for adding an aspect of controlled randomness to card games: "I thought, what if we had these bots, and they would ignite and cause random explosions, and we could represent the randomness with dice." The next morning, he met up with some friends and told them about the idea, and printed out a black and white copy to start playing. "The early design was fun, but a bit rugged. There were five slots on the field of play for minions, and one chance to hit the opponent's forge by igniting (the goal of the game is to destroy your opponent's forge, which is their deck of cards). Also, we allowed minions to attack anything they wanted with no restrictions, so keeping important minions alive was impossible, which made the game lack strategy." After a few playtests, Bobby had an idea: He drew an "X" over slot 5, and drew a shield on slot 1. " 'Slot 5 will instead hit forge, and slot 1 is the guardian' He proclaimed. 'You have to destroy the guardian before you can attack anyone else' ". This solved problems with both igniting and attacking, and the following games were so significantly improved that the idea stuck throughout the entire development of the game.

The team found their artist on Reddit. "I contacted several artists on various platforms, described our game, and offered them pay for a sample of their work. Thein's work just blew us away. It was creative and imaginative, mechanical and curious, just everything we had imagined, plus it fit our aesthetic perfectly."

Justin also told us the story about how two of his friends in San Diego State decided to join the project: "So Kyle, Peter, and I had a lot of classes together over the years. After I showed Kyle the game, he roped Peter into it. He hyped up Peter about how amazing the game was until Peter agreed to try it out. So The two of us went to Chipotle to grab food and play a game of Ignite. Except one game turned into like eight or nine. The games were crazy fun, except also, one of the cards was really unbalanced. The game was too dependant on who drew that card first, which was terrible, but it also made playing the game ridiculously fast, and fun. We found ourselves laughing at these ridiculous rolls and praying that the dice hit the right or wrong bots so our explosions would work, and I really think it captured the spirit of the game. So of course a week or two later the card was fixed (along with some others), but we made sure to keep that spirit of the game, while still maintaining strategy in combining and sequencing your cards correctly and controlling your random explosions."

Justin also mentioned that he visited Lincoln Middle School many times to play board games with the kids in its afterschool program, and that once he began working on Ignite, the kids were very willing to test the game and provide their feedback. 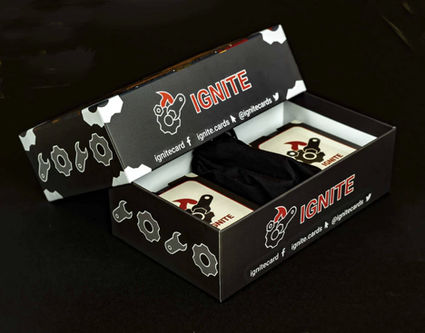 The team says they are nervous for Kickstarter, but optimistic. They need to raise $14,000 to produce their game: that's enough for them to order the minimum order of 1000 games and 500 of their 4 player bundles, plus shipping across the US. "We've all got a lot of experience with playing, creating, and balancing games, but we're not so savvy with marketing. But, just like all other aspects of creating this game, we'll learn and do our best."