In the 1980s he worked part time as a free lance photographer of artists which included Andy Warhol and Alfred Hitchcock. 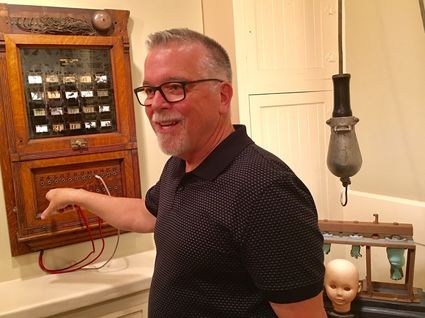 He frequently uses vintage wood industrial foundry molds as a tribute to his father, who was a pattern maker in the 1950s. 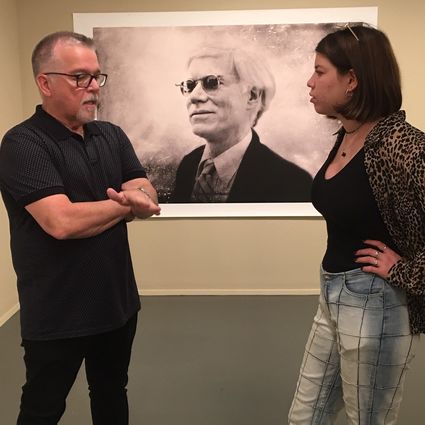 D'Elia grew up in Ocean Park in the 1950s. At that time the community was populated by immigrants, Douglas aircraft company workers, beatniks ,expats and WW2 refugees. There were few children, so the adults became his friends.

In the 1980s he worked part time as a free lance photographer of artists which included Andy Warhol and Alfred Hitchcock.

He earned a Ph.D. from UCLA, and then was awarded 2 additional NIHM post doctoral fellowships, one in geriatrics, the other in clinical neuropsychology.

His more than 30 publications are related to aging and cognitive functioning.

He had been on the faculty of medicine (psychiatry) at UCLA since 1989 as well as having a private practice. Several years ago he retired from both to concentrate on his art.

D'Elia continues to work/reside in Ocean Park and is delighted that his first show is at the California Heritage Museum.