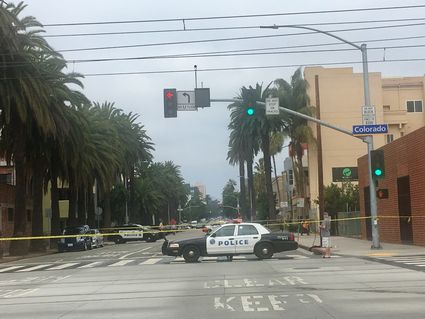 An unverified post on Facebook reports that a gang of kids jumped another group of kids to steal from them, on the Exposition Train between Santa Monica and Culver City. The crime reportedly took place at around 8 pm Friday night, August 2, 2019. One of the victims was reportedly injured.

Last night, my boys, their friends, Jason Sara and Eva, took the metro from the beach in Santa Monica to Culver City. A group of about 15 girls and boys jumped them to steal their belongings, even some of their shoes.

My son now has a broken jaw in two places and a "little dot" seen on the CT scan, that could be bleeding on the brain. Sam and the others checked out okay but are battered, bruised and traumatized. This was at 8 pm

Culver City police detained a few and the kids identified them. There was no altercation beforehand. Happened totally unexpected. So scary. Could have been much worse, please pray for my guy.

The Los Angeles County Sheriff's Dept. is responsible for security on Metro trains. We have contacted them and asked for comment on this incident.