India: What Exactly is Article 370 and Why is the Whole World Talking About it? 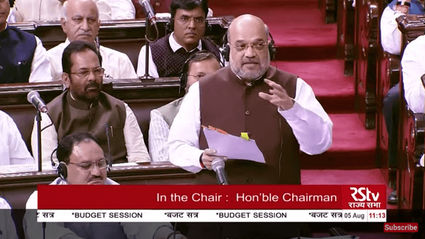 1. Kashmir has always a part of India

Kashmir is a legitimate and integral part of the Indian state. There was an Instrument of Accession signed on October 26th 1947, which merged the princely state of Kashmir into the Union of India right after partition. It is a part of Indian as any of the other states. Any claims made by adversaries that Kashmir is independent or not part of India is simply false. Pakistan has zero moral or legitimate claims on Kashmir. Even the UN resolution for plebiscite in Kashmir has only two options- India or Pakistan. An independent Kashmir is not an option. The resolution has as its first step that Pakistan will withdraw all troops, tribal and non-state actors from the entire Kashmir area, including "Pakistan occupied Kashmir"- an area illegally held by Pakistan. This step never has and never will take place leaving no chance for any plebiscite.

2. Revocation was a necessary and needed step.

It's a huge victory for not just India but for peace in the region in general, to remove Articles 370 and 35A. These were incredibly sexist, racist, discriminatory and bigoted which turned Kashmir into an Islamic enclave where Sharia law was followed and Kashmiri Hindus were kicked out of their homes and kept out of their own state. The removal of articles 370 and 35A removes the status of Kashmir as an apartheid state.

Article 370 gave Kashmir a special status with its own flag, anthem and constitution alienating it from the rest of India.

Article 35A did not allow a non-Kashmiri to buy land or own property in Kashmir. The majority of Kashmir is Muslim by design so this directly discriminated against citizens from the rest of the country. This Article allowed the J&K Government to decide who is a Kashmiri and who is not. It discriminated not just on religion, but also gender.

Outside investment was also not allowed into the state, leaving the youth vulnerable to recruitment into ISIS and insurgent groups. But more important than the details of these bills, these articles isolated Kashmir from the rest of India creating lot of animosity, confusion of identity and rising radical Islamic terrorism.

3. Kashmir is an "Internal matter"of India

Due to the fact that there was an Instrument of accession of Kashmir into India in 1947, for all intents and purposes, Kashmir is an integral and legitimate part of India. Any matter concerning this region is a domestic issue of India and there is no space for third party interference. The claims made by both Pakistan and China regarding their concern over Kashmir has no legal or moral base. The UNSC- United Nations Security Council has deemed these claims void and that no line was crossed by India. It's ironic that these two nations are interfering in India's internal matter when Pakistan illegally owns the region of Gilgit and Baltistan. And China not only illegally owns Indian region Aksai Chin but has also illegally annexed Tibet.

4. This decision was made lawfully through a parliamentary vote.

It must be noted that the removal of these articles was made in India's parliament, in a completely democratic process with an overwhelming two-thirds majority. This demonstrates that it was approved across all party lines. Only a handful of political parties opposed this bill, mainly the Congress Party and the Communist Party of India as they had benefited from this political unrest in Kashmir, and integration of J&K did not serve their divisive ideology. It was a masterstroke by the Modi government, which was able to resolve this contentious issue by a simple parliamentary vote.

5. Now is the perfect time

The special status given to Jammu and Kashmir was "temporary and transient". It was never supposed to last this long. It went on for 70 years because past governments did not have the political will to remove it. There were only a few families in Kashmir that were benefiting from this status and not surprising that upon its removal, the only parties that are crying foul are the separatists, terrorists, insurgencies and the dynast Kashmiri leadership. For the world's largest secular democracy, it only makes sense that every citizen in India should be treated equally and have the same rights as everyone else. The move was welcome by hundreds of millions of people across India and especially the Kashmiri pandits- Hindus who had been kicked out barbarically and genocide in the 1990's. After 30 long years of being a refugee in their own country, they have an opportunity to go back to their homeland. 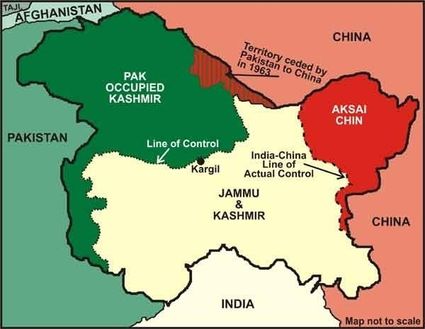 A map of Kashmir, showing that it is now integrated into India, China and Pakistan.

It is a class act by the Modi government to use article 370 to remove article 370! There may be critics who want to cry foul with the way the article was removed or the lockdown in Kashmir that ensued for 2 weeks after. But they may not have understood the historical past of this region and what the removal of these articles means for the rest of the country. It is a historic move that relegates the past 70 years of atrocious leadership to the dustbins of history where it belongs.

I am disheartened and dismayed by reading this article in which the blatantly fascistic actions of the Modi government were voiced and defended in The Observer by a staff writer. It seems that the author legitimizes putting one million Indian soldiers on Kashmiri soil, killing and torturing innocent people, declaring curfew that affects all aspects of the daily lives of civilians, and further antagonizes the relations between the Kashmiri people and the Indian government. All of his arguments are based on fiction. I am asking the author: So, what next step should the Indian government enforce? Putting millions of Kashmiri lives inside concentration camps and “educating” them on Indian values? Settling millions of Hindus from other parts of India into the Kashmir Valley to reduce Kashmiris to a minority? Maybe even annihilating the indigenous population from the face of the Earth so that the rest will not be against the actions of the Indian government in the future?