Joseph Krongchana, 34, accused of using bear repellant at the rally on Oct. 19 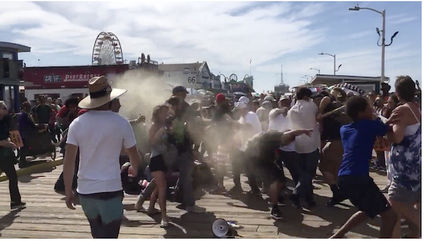 A second man has been arrest for using pepperspray at an anti-trump rally on the Santa Monica Pier on October 21.

On October 19 incident on the Santa Monica Pier resulted in pepper spray assaults all around. Pro and anti-trump demonstrators confronted each other. Santa Monica police announced a second arrest in the case Wednesday.

At some point during the confrontation, two subjects began to spray the crowd with pepper/bear spray indiscriminately. David Dempsey was detained and arrested at the scene. He has plead not guilty. Police today identified Joseph Krongchana, 34, as a second suspect.

On December 6, 2019, Santa Monica Detectives served a search warrant at Krongchana's home in San Gabriel. Police say thaqt during the search, evidence was recovered, which included chemical spray canisters similar to what was used on the Pier. Krongchana was arrested and transported to the SMPD Jail.

Joseph Krongchana was arrested for 22810(G)(1) PC – Use or Possession of Tear Gas, police say. 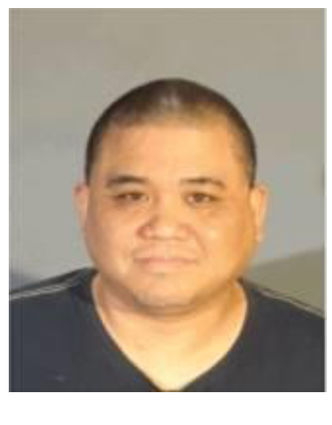 Dempsey, who was previously convicted in 2006 and 2017 for second-degree burglary, conspiracy to commit commercial burglary and fleeing a pursuing peace officer's motor vehicle while driving recklessly, was arrested Saturday after scuffling with a group of anti-Trump demonstrators at the Santa Monica Pier while wearing a "Make America Great Again" hat.

As a convicted felon, Dempsey isn't legally allowed to have pepper spray or tear gas.

Video posted online shows a man, believed to be Dempsey, pull out the bottle and launch the pepper spray-like substance at the group, including at one person in close range.

"The f--king libtards over here," Dempsey says in the video. "These commies." Dempsey faces up to eight years in jail if convicted.