#SCOTUS Lets Stand Pro-Homeless Ruling Against Boise. But it's Not as Bad as They're All Saying

Boise tried to outlaw camping on its streets, parks and sidewalks, but the 9th Circuit nixed it. 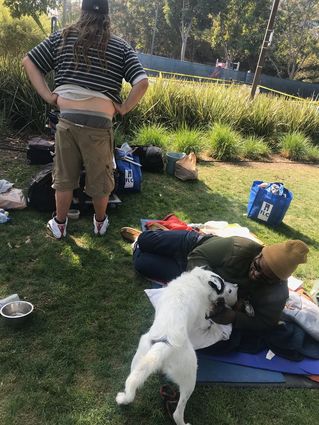 Homeless men camping at Reed Park in Santa Monica CA . The US Supreme Court refused to hear a case on an ordinance banning camping in parks

The U.S. Supreme Court on December 16 declined to take up a case regarding homeless outdoor sleeping. The Court's rejection of the case lets stand a Ninth Circuit ruling that governments cannot make sleeping in public a crime.

The initial case involved six homeless individuals claiming the City of Boise had violated their Eighth Amendment right to freedom from cruel and unusual punishment. Each of them had been cited and jailed under a pair of Boise statutes designed to curb vagrancy.

One statute, the "Camping Ordinance," makes a misdemeanor using "any of the streets, sidewalks, parks, or public places as a camping place at any time." The other statute, the "Disorderly Conduct Ordinance," bars "occupying, lodging, or sleeping in any building, structure, or public place, whether public or private...without the permission of the owner or person entitled to possession or in control thereof."

Boise initially prevailed against the homeless plaintiffs, but the homeless group appealed the case and the U.S. Ninth Circuit Court of Appeals ruled in favor of the plaintiffs. Justice Marsha S. Berzon, writing for the majority, said, "We consider the Eighth Amendment's prohibition on cruel and unusual punishment bars a city from prosecuting people criminally for sleeping out-side on public property when those people have no home or other shelter to go to. We conclude that it does."

Cities across the region were stunned and horrified by the ruling that they concluded would hamper their ability to control a burgeoning homeless population. Along with Boise's petition for appeal to the Supreme Court, the California State Association of Counties and 33 local governments, including Los Angeles County, filed a "friend of the court" brief with the Court. In the brief, the governments claimed "The Ninth Circuit's opinion is unworkable from a practical standpoint, exposes municipalities to endless and costly litigation over its meaning with little room for error, and casts constitutional doubt on a host of long-established public health and safety laws."

The brief also argued that the Ninth Circuit ruling would prevent governments from removing homeless encampments from strategically important areas, such as near the levee of the American River in Sacramento. The homeless encampments there "impeded the official's ability to monitor, inspect, maintain, rebuild, repair and operate the levee system, increasing the flood risk to those living in the encampments and others throughout the city." 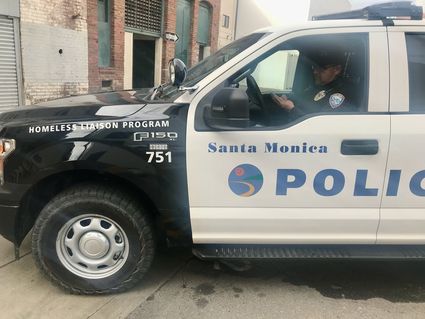 Officer Rodriguez works for the SMPD's Homeless Liason office. He believes most of the homeless are there by choice, and will not deal with mental health issues, such as addiction, "until they hit bottom."

After the Supreme Court decided to let the Ninth Circuit's ruling stand, additional hand-wringing and sounds of alarm were made. The Los Angeles Times immediately seized on the Court's decision to promote the construction of yet more high-density housing. Development-addicted Santa Monica City Council will undoubtedly come to the same conclusion.

But the Ninth Circuit Court's ruling does not actually tie the hands of a municipality when it comes to regulating the behavior of vagrants. It doesn't even prevent laws against true camping, such as setting up structures. The Court agreed a city could impose an ordinance "barring the obstruction of public rights of way or the erection of certain structures."

In fact, the ruling does not even rule out laws against sleeping in public places altogether. Berzon writes, "Nor do we suggest that a jurisdiction with insufficient shelter can never criminalize the act of sleeping outside. Even where shelter is unavailable, an ordinance prohibiting sitting, lying, or sleeping outside at particular times or in particular locations might well be constitutionally permissible."

The city better start building a lot more homeless shelters. We have plenty of room near the airport.