Who Says Santa Monica has to build 9,000 Housing Units? An Unelected Group With No Real Power, That's Who 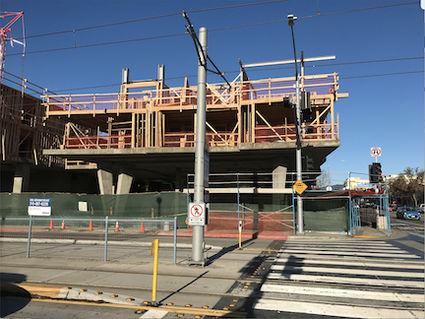 In November, news broke that the Southern California Association of Governments (SCAG) had declared Santa Monica must build 9,118 housing units before 2029, 69 percent of which have to be affordable. This raised the previous demand from SCAG, which had been 4,800 units. Santa Monica's current population is 93,556.

Immediate hand-wringing ensued, with the Santa Monica City Council considering various drastic rezoning schemes to enable the shoe-horning of such a large number of housing units. Serious suggestions included adding two stories of allowable height to all residential buildings and also allowing multi-unit buildings on single-family lots. Needless to say, none of the increases in density were going to require proportional increases in parking and zero thought was given to how additional residents in the city was going to affect traffic. Or energy requirements or the strain on a constricted water supply...

But perhaps a more fundamental question than how Santa Monica is going to see the construction of an additional nine-thousand-plus housing units is why we should have to do so. Who and what is the Southern California Association of Governments, and why do they have the power to command the building of housing units?

The short answer is they do not have the power to command anything, and in reality SCAG can not and does not order cities to build housing. Rather, they demand cities zone such that they can accommodate a certain number of housing units. If the units do not end up getting built, there is no consequence - so long as the city's zoning would have allowed for that number of units.

Still, what is this organization that has the power to command zoning decisions in cities? That is a pretty impressive power.

SCAG not really a government agency, since the members of SCAG are not appointed or hired by elected leaders. It's not really a government body, since its members are not necessarily elected by you. And yet it has the force of both. It's what is called a Joint Powers of Authority, something that was mandated by the California state government back in the '60s in order to conduct regional planning, including transportation, air quality, and housing.

Today, SCAG consists of members from six counties and 191 cities. The six counties of Imperial, Los Angeles, Orange, Riverside, San Bernardino, and Ventura are divided into 67 'districts,' based on population. The elected leaders of the cities in each 'district' elect from among themselves a representative to SCAG's Regional Council. Somehow, the 67 districts come up with 86 members on the Regional Council. This Council makes decisions such as the 9,118-unit number for Santa Monica.

In other words, common citizens like you and me do not vote for representatives in SCAG, though this body clearly makes decisions that affect us. Instead, the leaders we elect in our cities and counties then elect SCAG Regional Council members. Meghan Sahli-Wells, Mayor of Culver City, currently represents the district including Santa Monica, Culver City, Beverly Hills, and West Hollywood on the Regional Council of SCAG.

Conflict of interest, much? How is the mayor of Culver City supposed to represent the interests of Santa Monica? Particularly when no one in Santa Monica ever voted for her? But please don't ask inconvenient questions.

When SCAG was founded in 1965, its main concern was transportation, and the planning organization still concerns itself with transportation. But as time went on, more aspects of our lives ended up as part of SCAG's purview, now including housing and a 'fair' distribution of 'affordable' housing. Recently the legislature added another category for SCAG to handle: sustainability.

Here's how it works. Every eight years, SCAG receives a magic number from California's State Department of Housing and Community Development (HCD). This number is the department's estimate of how many housing units are going to be needed over a period of eight years. Do not ask how HCD comes up with this number. Trust.

In the case this fall, HCD gave SCAG the estimate of 1.34 million housing units that needed to be accommodated in the region between the years of 2021 and 2029. This becomes the Regional Housing Needs Assessment (RHNA).

Note, this number is coming from a state agency. Unelected bureaucrats. Just want to keep that straight.

From there, unelected bureaucrats at SCAG come with a 'methodology' for distributing those 1.34 million units among the 191 cities in its region. The staff at SCAG then presents to the public three options for distributing this housing and receives feedback.

(Did you get notice of the proposed plans for distributing 1.34 million housing units in Southern California? Were you able to give feedback? No, neither did I.)

After taking in the public comment (and no doubt ignoring it), the staff sends a Draft Recommendation for the distribution of 1.34 million housing units among the six counties and 191 cities administered by SCAG. This recommendation takes into account that sustainability business. Because of this, cities located near rail lines, like Santa Monica, are getting a higher allocation of housing units. Yes, you are correct. We are being punished for trying to be sustainable by having a rail line come through our city.

This year, unlike the past, the RHNA did not merely take future projections of housing needs into account. It also took into account "existing need," that is, people living in the region right now who don't have housing.

You got it. They didn't want to come out and say it (for some reason). The homeless.

Now get this. Santa Monica is being asked to provide zoning that would accommodate the vagrant meth addicts in our parks. But those folks are certainly not going to be the ones living in those upzoned units. Not even at the lowest affordability level of housing. So it's sort of a shell game. SCAG is pretending we are providing housing for "existing need" vagrants. But really people from elsewhere who have the appropriate income levels are going to be moving in. So we simply get more congestion, more traffic, more stress on our infrastructure (police, schools, water). And we still have the homeless.

In this case, for the 2021-2029 year span, the Draft Recommendation by the staff was rejected by the Regional Council. Instead, an alternative put forward by a representative from Riverside was approved. (Hey, what happened to the public comment?)

Now that the Regional Council has approved a Draft Recommendation to allocate over a million estimated housing units among the various cities, they send the plan back to California's HCD. The state agency has a certain number of days to respond and may request additions or revisions.

Never, not even once, do your elected leaders in Sacramento look at this housing allocation. Never, not even once, do they vote to approve it. This is all done by agencies. (I'm not counting SCAG as elected leaders because they really aren't.) Therefore, you and I and our entire city are constrained to create zoning thought up by people we did not even elect and many of whom represent interests utterly contrary to our own (see Riverside).

By March, 2020, the Regional Council of SCAG will approve a final methodology for distribution of all those housing units. Once it's approved, each city is issued their number.

In the past, there were no consequences for cities who did not comply with SCAG's demands they accommodate a certain number of housing units. As a result of this lack of interest in cities to obey the dictates of a non-truly-representational quasi-governmental body, the state legislature got involved. Legislation has already been passed and more is in the works to force cities to comply with the numbers put forth by bodies nobody has elected.

Enacted into law by our representation.

That's California for you. If the legislature can slough off its responsibilities onto an agency, it will. They are too busy fundraising to spend time actually legislating, that is, thinking about the details of the laws they foist on us and their consequences.

Given the roll-over-and-give-up comments made by members of our City Council in reaction to SCAG's initial number for Santa Monica, our local elected leaders aren't planning to fight the assessment. Instead, some of them appear to be rubbing their hands in anticipation of taking developer money for high-density projects and spending your tax money to create the necessary ancillary low-income housing. 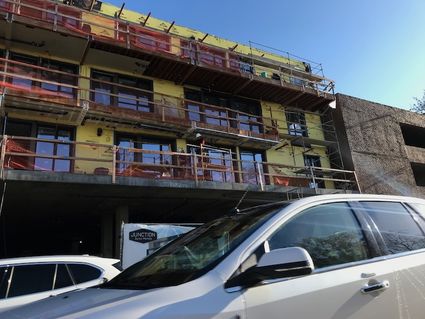 Lincoln Blvd Construction: The dystopian future no Santa Monica resident wanted, brought to you by an unelected group called "SCAG".

So when it comes to the consequences for the citizens, maybe there is not that much of a difference between elected leaders and unelected agencies, after all.

Thank you for writing such an informative and opinionated article on this issue.

Only in Santa Monica can the growing homeless population be accepted, supported, and honored with a statue, while new paying residents are condemned and shunned. Preserving the character of our neighborhoods is code for new residents aren't welcome.