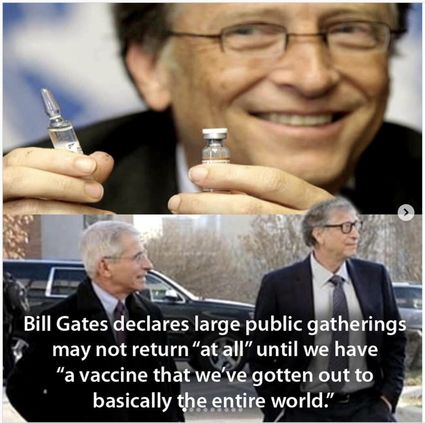 Robert F Kennedy has publicly blamed Bill Gates for causing sterility in India through the Microsoft founders promotion of vaccines. A somewhat controversial figure, the son of former US Presidential candidate and the nephew of a a former US President, RFK Jr. is an American environmental lawyer and activist, author, and anti-vaxxer. Kennedy is a son of Robert F. Kennedy and nephew of former president John F. Kennedy. He is the president of the board of Waterkeeper Alliance, a non-profit environmental group that he helped found in 1999.

Kennedy co-hosts Ring of Fire, a nationally syndicated American radio program, and has written or edited ten books, including two New York Times bestsellers, says Wikipedia, which continues "He is a prominent anti-vaccine activist and believes in pseudoscientific speculation of a link between vaccines and autism. Kennedy has denied such characterizations."

"Vaccines, for Bill Gates, are a strategic philanthropy that feed his many vaccine-related businesses (including Microsoft's ambition to control a global vac ID enterprise) and give him dictatorial control over global health policy-the spear tip of corporate neo-imperialism.

Gates' obsession with vaccines seems fueled by a messianic conviction that he is ordained to save the world with technology and a god-like willingness to experiment with the lives of lesser humans.

Promising to eradicate Polio with $1.2 billion, Gates took control of India 's National Advisory Board (NAB) and mandated 50 polio vaccines (up from 5) to every child before age 5. Indian doctors blame the Gates campaign for a devastating vaccine-strain polio epidemic that paralyzed 496,000 children between 2000 and 2017. In 2017, the Indian Government dialed back Gates' vaccine regimen and evicted Gates and his cronies from the NAB.

Polio paralysis rates dropped precipitously. In 2017, the World Health Organization reluctantly admitted that the global polio explosion is predominantly vaccine strain, meaning it is coming from Gates' Vaccine Program. The most frightening epidemics in Congo, the Philippines, and Afghanistan are all linked to Gates' vaccines. By 2018, ¾ of global polio cases were from Gates' vaccines.

In 2010, the Gates Foundation funded a trial of a GSK's experimental malaria vaccine, killing 151 African infants and causing serious adverse effects including paralysis, seizure, and febrile convulsions to 1,048 of the 5,049 children.

In 2010, Gates committed $ 10 billion to the WHO promising to reduce population, in part, through new vaccines. A month later Gates told a Ted Talk that new vaccines "could reduce population". In 2014, Kenya's Catholic Doctors Association accused the WHO of chemically sterilizing millions of unwilling Kenyan women with a phony "tetanus" vaccine campaign.

Independent labs found the sterility formula in every vaccine tested. After denying the charges, WHO finally admitted it had been developing the sterility vaccines for over a decade.

Similar accusations came from Tanzania, Nicaragua, Mexico and the Philippines.

A 2017 study (Morgensen et.Al.2017) showed that WHO's popular DTP is killing more African than the disease it pretends to prevent. Vaccinated girls suffered 10x the death rate of unvaccinated children.

Gates and the WHO refused to recall the lethal vaccine which WHO forces upon millions of African children annually. 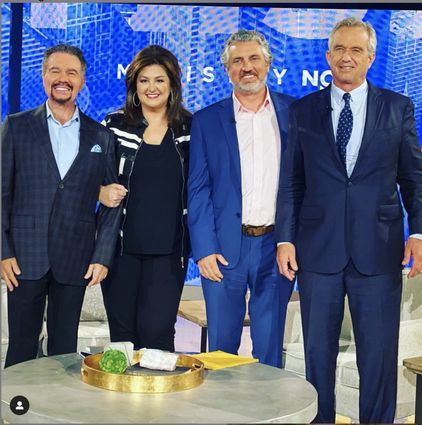 RFK Jr. posted this photo on Instagram, with this caption: Two Billion Viewers. No Pharmaceutical advertisers. No Fear. An intense passion for the Truth "We own the Network. Our Boss is Jesus. We only answer to God" Del and I just dropped some Mega Truth Bombs on our biggest audience since we torpedoed our careers and joined the Resistance. We spent an entire day shooting episodes with this amazing couple! Rev Marcus and Joni Lamb with Del Bigtree and me at the Daystar Television Network in Dallas. Episodes to air in 140 countries next week. Stay tuned. The fortress is crumbling. The Borg are about to meet Jesus.

Global public health advocates around the world accuse Gates of - hijacking WHO's agenda away from the projects that are proven to curb infectious diseases; clean water, hygiene, nutrition and economic development.

They say he has diverted agency resources to serve his personal fetish - that good health only comes in a syringe.

In addition to using his philantropy to control WHO, UNICEF, GAVI and PATH, Gates funds private pharmaceutical companies that manifacture vaccines, and a massive network of pharmaceutical -industry front groups that broadcast deceptive propaganda, develop fraudulent studies, conduct surveillance and psychological operations against vaccine hesitancy and use Gates' power and money to silence dissent and coerce compliance.

In this recent nonstop Pharmedia appearances, Gates appears gleeful that the Covid-19 crisis will give him the opportunity to force his third-world vaccine programs on American children."

It is pseudoscientific propaganda that denies the obvious link between vaccines and autism. Gates has a history of pretending to do helpful things with vaccines which really forwards his depopulation agenda. To think that he wants to force the entire world to take an untested, unprecedented RNA vaccine that damages DNA for the fake COVID-1984 plandemic hoax in order for us to return to normal is ridiculous! He plans on continuing his murder rampage that he and his wife Man-Linda have been at for years. They are demonic!

Great article, Samuel. You are brave to write this, as everything regarding vaccines seems to be censored. Kudos to you!

Thank you for publishing this. So glad to see the truth coming out.