“MURDER IN THE WOODS” Film Premiere directed by Luis Iga Garza on September 2, 2020 at the re-opening of the Arena Cinelounge 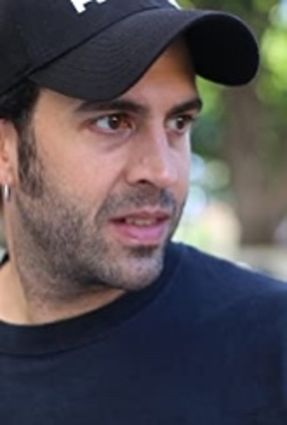 The Arena Cinelounge, a Los Angeles based arthouse cinema, on the rooftop at the Mountalban, provided a beautiful 360 degree view of Hollywood and Los Angeles.

It was a refreshing escape from all the COVID-19 Pandemic shutdowns and restrictions to be able to view a film, while keeping social distancing and safety measures. Fresh popcorn and headphones were provided for all guests. Free facemasks were available to all. There was a paid bar, attended by a cute masked bartender for ordering drinks.

Luis explained that ‘’Horror and Slasher Films” have never been done in English where Latinos and people of color are the leads and not portrayed in stereotypical ways. In developing this indie feature film, Luis made sure that there was a diverse cast in lead roles. I did suggest that he have a few Caucasian men and women in his future films. This film was written and produced by the creative Yelyna De Leon (Will and Grace, A Better Life)

Synopsis of ‘’MURDER IN THE WOODS” 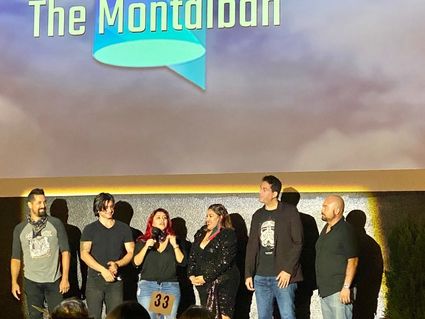 A group of college friends plan to celebrate a birthday party at an isolated cabin in the woods. Jesse (Jose Julian) against his grandmothers warning and psychic intuition of danger, decides to join his friends for this trip to a desolate cabin. Jesse develops a romantic crush on Fernanda (Jeanette Samano) who is in town visiting her rowdy and vociferous cousin Chelsea ( Chelsea Rendon) Chelsea is wild and ready to celebrate her birthday with her boyfriend Gabe (Jordan Diambrini) Last minute party guests include the class clown drug-head Jule ( Kade Wise) and the sexy, slutty and beautiful Celeste (Catherine Toribo) who’s continually obsessed with taking selfies to post on social media. Almost immediately after arriving to this enigmatic and dark cabin, strange and terrifying blood, death and terror descend upon these teenagers, who are forced to fight for their life

“MURDER IN THE WOODS” is a shocking, terrifying and a well-crafted “Slasher Movie” which will be available for home viewing on Digital and Video-On-Demand on September 18, 2020