By Nate Guerito Connors
Letters to the Editor

The Trastevere family grew and created a real community, writes one employee. 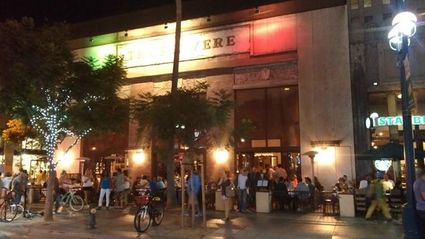 9/14: Yesterday evening Trastevere Italian Restaurant offered its final service. The conclusion of its three plus decades was unceremonious, with only a few familiar faces sharing knowing glances and best wishes. Despite its whispered death rattle, its contribution to the city will reverberate for generations.

I was fortunate to land a job with the company in 2010. The building and the service it held felt enormous. We were frequently busy enough I would secure my apron as I walked through the front door and bus tables as I hustled to a manager station to clock-in. The coworkers who preceded me would scoff and share stories of a bygone era with three hour waitlists and glamorous clientele. To a kid only a couple years out of rural Ohio I couldn't imagine it having gotten any better than I was experiencing.

We started a softball team under the command of a now legendary shift manager. In the four years I played--with seasons running back to back three a year--we never won a game, despite Jose Conseco practicing and playing with us for two seasons, though he made the ball disappear with his effortless swat, filling our hearts with wonder. Eventually they pieced together a team with talent enough to win six Santa Monica league championships and trophies for the dining-room.

The Trastevere family grew and created a real community. In its walls, we held parties for loved ones, became godparents to each other's children, grew to love and be loved by regulars and grew generally better from the experience.

When my girlfriend and I were married in Vegas, a swarm of coworkers attended and a couple who regularly frequented my section called the Venetian and had Champagne and roses sent to our room. We cried when co-workers died and supported their surviving children with time and resources.

When a bartender wrecked his motorcycle, we rented a truck and moved him in with family, remaining available for months as needs arose. Eventually, my own children rampaged through the dining-room mid-service, as so many coworker's kids had previously, and we all played hide and seek to tire them out, as we always had before. 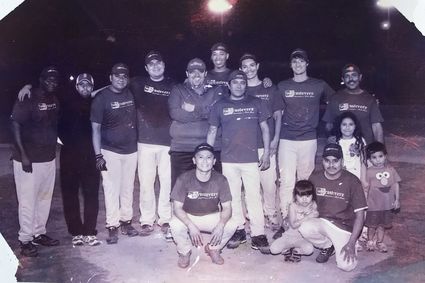 A GM, who exuded a Zen from five decades of international restaurant experience would ragail us with life lessons that have proven true to this day. Nuggets like, when you are over busy, slow down five percent and watch you productivity skyrocket as mistakes disappear. He emphasized hospitality as being larger than food service. Under his protege, the restaurant took in a local AA group who had been orphaned when Bravo shuttered. The group of sixty plus men met seven days a week and enjoyed free refreshments and rent paid by donation exclusively.

Through the years, many of us left the company but never the community. We had each other into our homes for breakfast, visited when in each other's new cities, sent postcards on a whim and reunited sporadically in the restaurant itself for friendly shouting matches over beer and football. My glimpse of the mayhem and love was brief. Our server, a busser and the sous chef at last night's service preceded the company from when it was a different Italian joint called Piazza Trilussa. They had spent a cumulative hundred and ten years at 1360 3rd Street Promenade. To them and all those who preceded, came prior or just breezed through--so long and thank you for the love!