"The pandemic's impact to City revenues that support community services has been catastrophic, yet the budget continues to reflect our values," 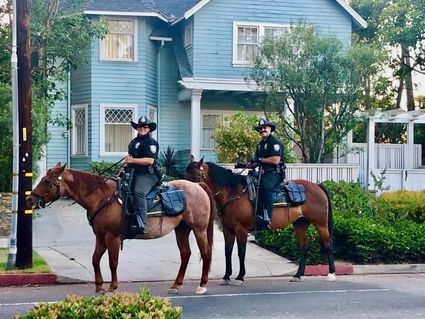 The SMPD Equine patrol in a neighborhood.

With the Covid-19 pandemic continuing to batter the US economy, the Santa Monica City Council received this week an update on the city's finances and its projected budget deficits over the coming years.

City staff told the Council the current budget remains balanced through "prudent departmental spending" and by leveraging $14.6 million of the $20 million Shutdown Reserve fund, created during the June 2020 budget process after revenues declined more than anticipated due to the extended winter Covid-19 closures.

At that time, city staff detailed an annual General Fund deficit of $48 million, $102 million and $74 million – totaling $224 millions -- over the coming years. And City officials had to slash more than 300 staff positions, reduced services and postponed expenses to offset the dwindling revenues and balance the budget.

"The pandemic's impact to City revenues that support community services has been catastrophic, yet the budget continues to reflect our values," said Mayor Sue Himmelrich, following the budget update. "It is balanced and we continue to find ways to do more in the areas of greatest need, including homelessness, customer service, and eviction support."

Himmelrich expressed hopes that the new Congress will approve another stimulus package to buttress the financial health of Santa Monica.

"The greatest opportunity to do more for those in greatest need and to fill gaps in revenues is through federal stimulus which has been severely limited to date," she said. "We are hopeful this will change under President Biden's proposal and we are voicing that to our representatives at every possible moment."

Addressing staff reports that revenues for 2021-22 will be $11.6 millions lower than initially projected, the Council approved new potential revenue opportunities, including a digital wayfinding program that could generate an estimated $2 million yearly from advertising. 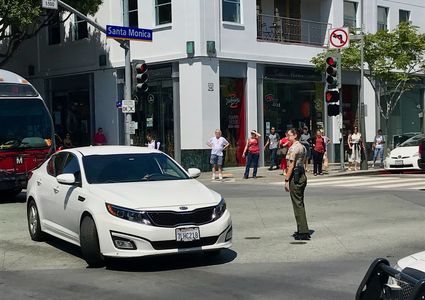 At its meeting, the council also reviewed the Midyear Budget which includes additional investments in community services, created through the elimination of five vacant police officer positions to ensure future changes to the budget impact equally each department.

City officials said the eliminated positions will support, among other items, additional resources to address homelessness; Enhance Code Enforcement services; eviction counseling to tenants still behind in their rent during the pandemic; and funding the inspector general position that will support the newly-formed Public Safety Reform and Oversight Commission.

The biennial budget process will kick off next month with a community survey, followed by a City Council session on priorities for the FY 2021-23 budget in the context of dwindling revenues due to Covid-19. The budget will be adopted in June.