How M.J. George Became a Body Double for Will Smith in Men In Black II. And What That Was Like

"When the worm was in the tunnel, that was my hand jamming the needle into the worm," he says

Have you ever wished that you could be recruited by the Men in Black? This story is about a guy who actually was.

One day in 2001, Mansour Jabbaar (M.J.) George was strolling through the Topanga Canyon mall when he was stopped by a casting director from Central Casting. She asked MJ, if he would like to try out to be a Body Double for Will Smith. Columbia studios was then filming Men in Black II, and they needed an actor who resembled Smith. She gave MJ a card and told him to meet her later that day on the Sony Pictures lot.

"There were 6 guys who met the same profile," says George, or MJ. "The director came and looked us over and dismissed the other 5 guys and told me to stay."

"There were scenes that they needed to redo, and when they didn't want to bother Will Smith, they would ask me to do. I watch the movie, and it's strange to see my own hand," he says.

So where do we see MJ body doubling for Smith? "When the worm was in the tunnel, that was my hand jamming the needle into the worm," he says. "A couple of times when he's about to drive fast, they show a closeup of his leg about to jam the pedal to drive fast, that's my leg jamming it."

"I loaded one of the special weapons Will Smith uses, at least it's my hand loading it."

"At the time, I was working on my masters in marriage and Family Therapy. But she (the casting director for Central Casting) recruited me. I was instructed not to talk to Will Smith unless he approaches you. Do not say much to him, you can respond to him, but don't try to to engage him, and no pictures' she told me."

"When I received my first check, I called the payroll company and said, did you guys put one to many zeroes here did you mean $200? It was a really good experience," he said.

"Smith has his own dressing room on wheels, but it's all designer black suits. I was walking by Craft Services when Will Smith said hello to me. 'You look good in that suit! he said to me.' You do too! I said. 'There you go!' Said Will Smith. He's a very nice guy, very centered. You know, as a Body Double, you learn that often the celebrity probably wants to talk to people, but his entourage doesn't want him to engage with you."

"Will Smith's and Tommy Lee Jones had dressing rooms side by side. Each about the size of a bedroom. I didn't approach Jones though, I didn't want to violate the rules and get sent home."

Born and raised in Los Angeles, MJ graduated from University High School in 1995. Miss Harley was his favorite teacher, "she was very kind and treated us like adults." MJ received a BA in Psychology from San Diego State University, and an MS in Marriage and Family Therapy from Cal State University Long Beach in 2002.

"When 9/11 happened I was driving to pick up my first set of head shots. Even with a degree in psychology, I decided that I wanted to pursue acting as a result of MIB II. This is fun, this is what I want to do, I thought."

"Will Smith was an executive producer for a show called "All Of Us". It was on the CBS Radford studio lot. I was an extra on that show once and thats how i ran into him again. Just said, Hi. He was busy of course, and i kept it brief. But he remembered me from being a Body Double on Men in Black. Smith is a true gentleman; a really nice guy," George adds.

So how has acting changed?

"Because of the whole covid thing they want to get away from using as many bodies on set. I decided to get vaccinated, despite some initial skepticism. I think it will get to a point where actors will need to be vaccinated in order to audition in person and even book a job, or fly out of the country for a job."

"The pursuit of becoming a working actor does take its toll on all relationships from friends to family. There are a number of sacrifices that have to be made." 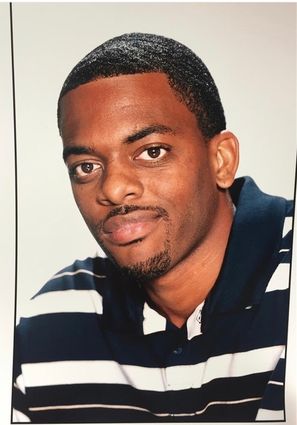 MJ George does kinda look like Will Smith, no?

"There are no hard copy head shots anymore, especially now with Covid. Which is actually good for the actors; we were spending $200 a month to buy more headshots for your manager back 25 years ago. Now you just upload it on Actors Access or another website."