California Governor Newsom Issues Executive Order that will Release 76,000 Prisoners Early, Including Those Convicted of Violence 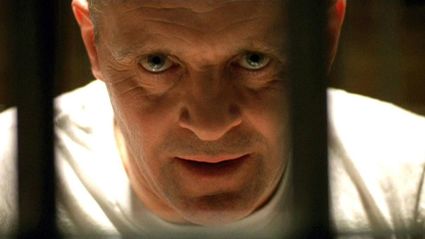 Anthony Hopkins in the motion picture Silence of the Lambs

May 3, 2021 In what is probably not the smartest move by a state official facing a recall election during a year when violent crime is spiking across the region, California Governor Gavin Newsom signed an executive order giving extra time off of violent prisoners' sentences for "good behavior."

Newsom's order changes a rule that has been in effect since 2017 that shortens sentences by one-fifth for good behavior. Now sentences can by shortened by one-third. There are currently 76,000 incarcerated individuals who could be affected by this rule change, which went into effect on Saturday. 63,000 of these prisoners were violent offenders. In fact, 20,000 of the affected prisoners are serving life sentences with the possibility of parole. In addtion, 10,000 prisoners serving time for a second serious, but nonviolent, offense under California's "three strikes you're out" law could be eligible for release after serving only half of their sentence.

According to Legal Insurrection, even though the new rules went into effect on Saturday, it maybe be months or years before an inmate is actually released earlier.

Various state officials attempted to provide justification for the executive order. Dana Simas, a state Office of Administrative Law spokeswoman, claimed the new rules would "lead to safer prisons." She said, "The goal is to increase incentives for the incarcerated population to practice good behavior" and "participate in rehabilitative and educational programs." An added benefit, according to Simas, is that it will reduce the prison population.

The California Department of Corrections and Rehabilitation Special Advisor and Assistant Secretary of Communications Vicky Waters released a statement via email to the California Globe. According to Waters, "This is not an early release program." (No, not even if it involves releasing prisoners early.) Her position is that Proposition 57 give the CDCR the authority to "provide additional opportunities for incarcerated people to receive these Good Conduct Credits."

The move to release additional prisoners - 18,000 prisoners were already released last year due to the Covid-19 emergency has its critics. Former Chairman of the Board of Prison terms, now-State Senator Jim Nielson (R-Red Bluff), was scathing. "Violent felons are receiving good time credit for simply breathing," he said. "This is another ill-conceived policy of the Newsom administration in its attempts to release convicted violent criminals back into our communities." 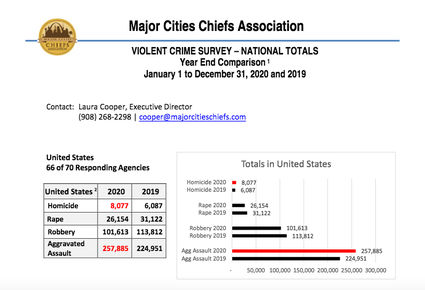 Reducing the prison population has been a goal of Democrat state officials and justice reformers for years. The assumption is that the state locks up too many people. Or perhaps too many criminals in prison fit a certain ethnicity that officials fear make them look systemically racist. Not irrelevantly, keeping criminals in prison is very costly. Never mind the fact that as more people have moved into the state, it makes sense that more people will act criminally, in proportion to the increased population.

Gavin Newsom has already announced plans to close two state prisons and is reportedly considering the closure of three more. Yet the population of the state has grown over the last decade (though not enough to avoid losing a seat in the US House of Representatives). It would make more sense to build prisons rather than to close them.

Certainly there are some inmates in prison who have reformed and would benefit from an early release. But it is doubtful if there are 76,000 of such individuals. That is 80% of the current inmate population.

Look to see (even) more crime and (yet) more homelessness in the years to come should this policy continue.

HE IS AN IDIOT.

...claimed the new rules would lead to safer prisons...but NOT safer streets or communities! Since when is a safer prison the higher priority than safer neighborhoods. Why can't people see that outrageous schemes like early release, ending cash bail requirements, closing prisons, COVID release, and significantly reducing mandatory sentencing for many crimes by so-called restorative justice (activist) district attorneys and governors is a plan intended to CREATE huge crime spikes in U.S. cities? It's working perfectly in places like Los Angeles, Philadelphia, and other cities. This is the modern equivalent of the revolutionaries who threw open the doors to the Bastille prison in Paris to let all the criminals out and then set it on fire because they WANTED to create chaos and anarchy to tear down the existing order during the French Revolution, which was more of political coup than anything else. It seems that's a more accurate description of what's happening in the U.S. now.