Yes, Police May Still Use Less Lethal Projectiles in Los Angeles Despite Headlines to the Contrary 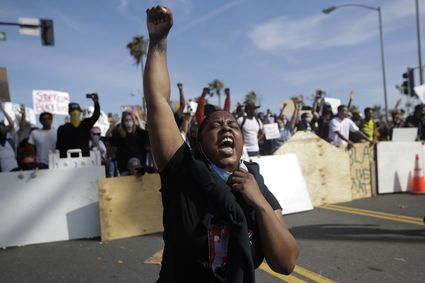 On Monday, May 10, a federal judge modified an earlier injunction restricting the Los Angeles Police Department's use of less lethal 40-millimeter and 37-millimeter projectile launchers as a means of crowd control. Headlines around the region proclaimed that U.S. District Judge Consuelo B. Marshall had granted Black Lives Matter LA's request for the injunction against this arsenal in the police's use of force. In reality, the judge expanded the circumstances already allowed under the original, April injunction limiting the use of the less lethal projectiles.

In April, Marshall limited the LAPD's use of the 40- and 37-millimeter projectile launchers except when deployed by officers properly trained in their use. The launchers could not be aimed at the upper bodies of members of an unlawful crowd or within 5 feet of the target. Officers were told they must give a verbal warning to disperse and allow members of the crows a reasonable opportunity to comply before deploying any less lethal force.

In other words, police may still use the less lethal projectile launchers against an unlawful assembly in many situations.

The most recent modification of Marshall's April ruling expands the situations under which the police may use the less-lethal projectiles. Now officers may shoot the projectiles at the ground in front of crowd members after declaring an unlawful assembly and giving an order to disperse. After the ruling yesterday, the LAPD reported it was returning its 37-millimeter projectile launchers to service.

Additional rules regarding the projectile launchers are as follows:

- Only officers who are trained and meet annual qualification requirements may deploy the launchers.

- The launchers may only be utilized when an officer reasonably believes a suspect is violently resisting arrest or poses an immediate threat of violence or physical harm. Warnings should be given, if feasible.

- The launchers may only be used following the approval of the incident commander, after a dispersal order has been given - unless immediate action is necessary to stop violence, ensure public safety, and restore order.

- The launchers may not be used against specific protestors unless necessary to prevent imminent serious bodily injury.

- The launchers should not target vulnerable parts of the body, such as head, neck, face, kidneys, chest, groin, or spine.

- 5 feet of distance should be maintained between the launcher and the target - unless an officer or other person is being attacked and there is threat of serious imminent harm. 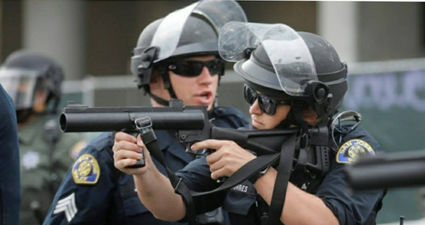 The use of less lethal force against protesting crowds via tear gas, pepper spray, baton strikes, and other forms was a source of criticism against the Santa Monica Police Department after the protests and looting on May 31, 2020. Even before the independent report regarding SMPD's response to the riots was published May 4, the department had replaced all hard nonlethal projectiles with foam-tipped projectiles for patrol officers.

Among the recommendations listed in the OIR Group Report was that "SMPD should engage with its community and City leaders to determine whether and to what degree gas and other less lethal munitions should be used in the First Amendment activity context."

The Report does not recommend a complete submission by police to riotous or violent protestors but does call for specifying the criteria for an unlawful assembly.