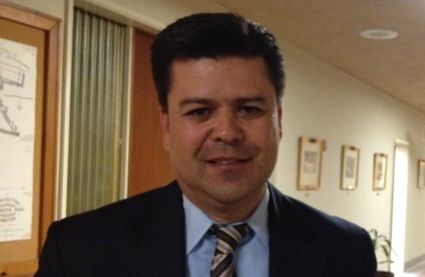 Let's face it, being appointed Santa Monica City manager is kind of a $430,000 a year booby prize. The City's progressive residents demand contradictory things of its government. Embrace all and be diverse, but move the homeless people out of my backyard. Provide a safe environment, while at the same time bring in hundreds of thousands of visitors and build public housing on every square inch of available land. No surprise that this hasn't worked out particularly well historically.

Rene "Bobadilla has significant experience running city organizations having held the city manager position in Montebello since June 2019 as well as Pico Rivera (2014 - 2018), Huntington Park (2012 - 2014), and El Monte (2010 - 2012)." He is said to have stood up to corruption in City Hall and emerged clean himself, which kind of makes him perfect for this town.

In 2014, Bobadilla was appointed City Manager of Pico Rivera. In 2017, he was apparently ordered by three Pico Rivera City Council members to fire the operators of a sports arena. He refused because they were not in violation of their contract with the City. The order came down at a lunch meeting, an alleged violation of the State's open meeting act, the Brown Act.

"During the meeting, Armenta reportedly ordered Bobadilla to terminate the city’s contract with LEBA Inc., the long-time operators of the Pico Rivera Sports Arena," reports the Los Cerritos news. "Bobadilla evidently objected to the termination because LEBA was not in violation of their contract.

Days later, Armenta ordered Bobadilla to attend a meeting at a City park that Greg Salcido “unexpectedly” attended. Bobadilla was reportedly told that three councilmembers – Armenta, Salcido, and Brett Tecero – would vote to terminate him and gave him until the close of business Wednesday to resign. If Bobadilla did not resign, an emergency meeting would be called to announce his formal termination. If the three banded together to terminate Bobadilla, that would be a Brown Act violation that the Los Angeles County District Attorney would likely investigate."

Gleam Davis initially voted against Bobadilla, who may not approve enough development projects for her tastes. She then switched her vote so the vote would be unanimous. The council is down to six members after the unexpected resignation of Kevin McKeown last month.

Tonight, the Santa Monica City Council announced that they have selected René Bobadilla to serve as the City of Santa Monica's chief executive. Bobadilla has significant experience running city organizations having held the city manager position in Montebello since June 2019 as well as Pico Rivera (2014 - 2018), Huntington Park (2012 - 2014), and El Monte (2010 - 2012).

"René is an experienced city manager whose more than decade of experience leading cities in eastern Los Angeles County will allow him to hit the ground running on our community priorities of a safe and clean Santa Monica, addressing homelessness, and an equitable and inclusive economic recovery," said Mayor Sue Himmelrich. "René is an extremely affable and energetic leader who has a deep grasp of complex fiscal management and municipal operations. The Council very much looks forward to the community and the talented City team getting to know City Manager Bobadilla in the weeks and months to come."

In addition to his depth of experience as a tenured city manager, Bobadilla also served as the director of economic development and sustainability for the City of Commerce, background that will prove valuable as Santa Monica expedites communitywide recovery from the pandemic. Before becoming the city manager of El Monte, he served as that city's public works director, including managing large capital projects. He spent ten years as a civil engineer for Los Angeles County and has worked as an engineer in the private sector.

Bobadilla holds a Master of Public Administration from Villanova University and a Bachelor of Science in Civil Engineering from California State Polytechnic University. A lifelong Los Angeles County resident, Bobadilla was born and raised in El Monte.

As City Manager, Bobadilla will oversee a total City budget of $705.5 million and a workforce of 1,923. City Manager Bobadilla's contract, including start date and salary, will be negotiated, and will return to Council for approval.