After considering the offer and the increased pay, Bobadilla just said no to Santa Monica and $440,000 a year, plus benefits. Wondering why? 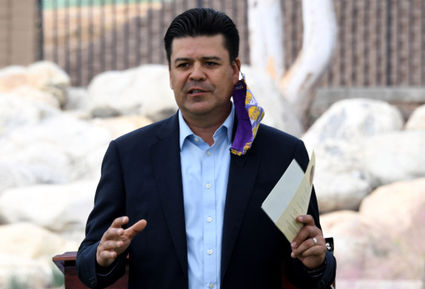 When in the Course of Human Events, a guy who grew up in San Gabriel Valley applies for the top job in Santa Monica, and gets offered it along with $440,000 a year, health care for himself and his family and a full pension for life in five years, and then said guy turns it down; you gotta ask why, right?

“Stepping into Santa Monica city government doesn't look like the career move anyone would want,” posted one local resident on social media.

“We are bankrupt, crime is escalating, tourism will not be back anytime soon, pension debt reserves are way behind, a zillion dollar CVRA unsettled lawsuit, lawsuits stemming from over a decade of child predators operating within city departments, unusable parks and public areas, a growing homeless population, citizen confidence at an all time low, and a police department that hangs up on panicked citizens, because they can.” Ok, she does exaggerate a bit, but her speculation is as good as any.

I would speculate that the City of Montebello offered Bobadilla more money and less stress to stay. Probably he spoke to the last couple of City Managers, Lane Dilg and Rick Cole, and they told him that he could make more money with less stress by simply walking a tightrope over a volcano, then posting it to YouTube. Something like that.

Montebello City Manager Rene Bobadilla was reportedly offered yet more money to stay at his current job as City Manager of Montebello. After considering the offer and the increased pay, Bobadilla just said no to Santa Monica. From an earlier story we had to revise:

"This week Santa Monica's 6-member City Council chose Rene Bobadilla to the post of City Manager. He is not expected to take office until some time in August. The post involves managing a budget of $705.5 million and a staff of 1,923. It also involves dealing with numerous contentious factions in the city, among residents, staff, and elected leaders.

But Bobadilla's background and history bode well for a very different experience in Santa Monica from a city manager. An experience that will involve practicality and integrity."

Boy did he dodge a bullet or what? This article summarizes the mangled mass of problems that is currently the City of Santa Monica, and it's all because of the insane city council. Fortunately for him, he'll never have to work with them. Santa Monica is circling the drain and is nothing like it was just 20 years ago. It's terrifying to think about what it will be like just ten years from how.