Agents of Satan Driving Christians From the Promenade 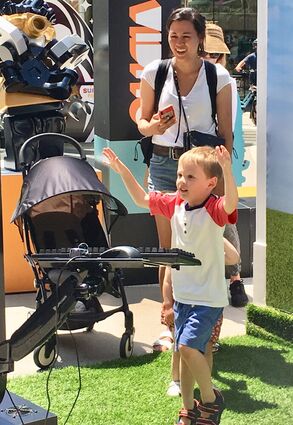 At Tuesday night's City Council meeting, a caller informed the City Council that "agents of Satan" were "driving Christians from the Promenade." The City Clerk allowed the caller her two minutes to speak, then told her "your time is up." and then cut her off.

You can't make this stuff up, people.

The Third Street Promenade is a pedestrian mall esplanade, shopping, dining and entertainment complex in the downtown area of Santa Monica. According to Wikipedia, it originally opened as the Santa Monica Mall on November 8, 1965. It was completely remade in 1995, to add modern features including fountains and dinosaurs. It is considered a premier shopping and dining district on the Westside and draws crowds from all over the Greater Los Angeles area. But it has also attracted homeless people, and speakers of all sorts trying to gather the attention of crowds.