LA Outlawed Camping on the beach. Will it be enough to clear hundreds of Homeless from the Venice Boardwalk? 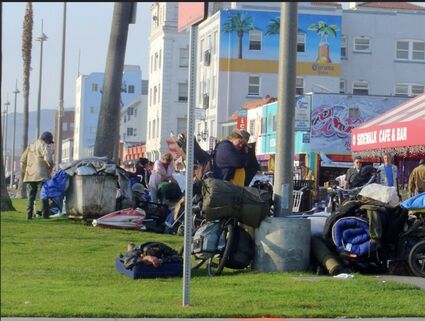 At least 191 homeless people have decided to move from their encampment on the Venice Beach boardwalk to permanent housing, Los Angeles city officials announced today.

The Encampment to Home program "has demonstrated that when offered real housing, people jump to say yes, people want to be housed," said Los Angeles Councilman Mike Bonin, who launched the six-week initiative that offered homeless people a pathway to permanent housing and appropriate services to help them succeed.

"A metric that people are judging this by, is how the boardwalk looks, and that's a reasonable one, but the metric that really matters is how many people have been brought indoors and how many lives are being transformed for the better," Bonin said.

The Home program started June 28 with outreach teams from St. Joseph Center. At the time, it was estimated about 200 people were living in encampments at the iconic beach. The program promised all encampment residents who accept shelter a pathway to permanent housing in an effort to clear the boardwalk.

The outreach teams divided Ocean Front Walk into five zones and worked from zone to zone offering people in those areas housing - the deadline to accept the offer was Friday.

Los Angeles Mayor Eric Garcetti said Friday that if outreach teams need a few more days to offer housing to those who haven't accepted yet, the program can be extended.

On Monday, Bonin said that most of the people who have accepted housing options are temporarily living in motels, some have moved into a Venice shelter and three were reunited with family. Bonin added that 119 people have been matched with permanent housing vouchers, and St. Joseph Center is searching for available units and landlords that will accept the vouchers. 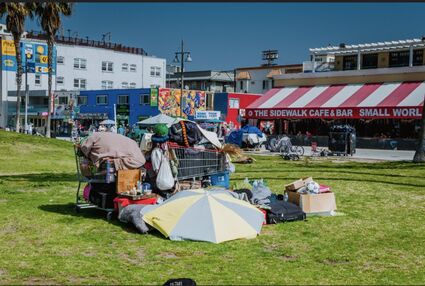 The Los Angeles City Council this week finalized approval for an ordinance that restricts encampments in certain areas of the city, including schools, parks and libraries. Bonin and Councilmember Nithya Raman voted against the ordinance, and 13 other council members voted to approve it.

Bonin said via Twitter that the city only has enough beds to house only 39% of the unhoused population.

"I again voted against an ordinance that will make it harder to be homeless in LA by greatly limiting the areas where people who are unhoused can sit, lie, or sleep," Bonin said.