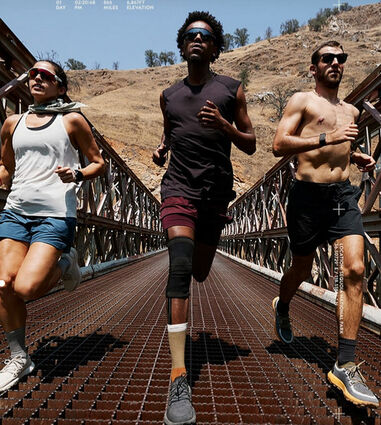 Allbirds sneakers declined to sue Amazon, citing Amazon had more lawyers than the company had workers

October 14, 2021, Los Angeles, CA – Amazon is running a systematic campaign of copying products and manipulating search results to boost its own product lines, according to a Reuters Special Report. Rigged search results and creating knockoff products under its own brand are highlighted from a trove of internal Amazon documents that provide a rare unvarnished look, in the company's own words, into business practices that Amazon has denied for years.

Internal documents seen by Reuters show for the first time that manipulating search results to favor Amazon's own products, as well as copying other sellers' goods, were part of a formal, clandestine strategy at Amazon – and that high-level executives were told about it. Two Amazon executives reviewed the strategy – senior vice presidents Diego Piacentini, who has since left the company, and Russell Grandinetti, who currently runs Amazon's international consumer business.

Once Amazon's private-brand employees decided which categories to enter, they reviewed sales and customer-review data to identify "reference" or "benchmark" brands to "replicate," the 2016 private-brand document showed. Amazon's strategy also called for manufacturers of its private-brand products to use other companies' goods as models to develop samples for pre-production testing.

In 2018, home-goods retailer Williams-Sonoma Inc filed a federal lawsuit against Amazon, accusing the e-commerce giant of copying its proprietary designs for chairs, lamps and other products for an Amazon private brand called Rivet. Then, in 2019, Amazon introduced a wool-blend sneaker that closely resembled a popular Allbirds wool shoe – and sold for much less. Suing Amazon over its shoes that look like Allbirds' sneakers is "probably a risky territory to wade into," says co-founder and co-CEO Joey Zwillinger in a CNBC report. "We're a company of about 500 people total. I would suspect Amazon has more than double that in just lawyers."

Amazon responded, "As Reuters hasn't shared the documents or their provenance with us, we are unable to confirm the veracity or otherwise of the information and claims as stated. We believe these claims are factually incorrect and unsubstantiated."

In sworn testimony before the U.S. Congress in 2020, Amazon founder Jeff Bezos explained that the e-commerce giant prohibits its employees from using the data on individual sellers to help its private-label business. However, Amazon employees who worked on private-brand products accused Amazon of exploiting proprietary data from individual sellers to launch competing products and manipulating search results to increase sales of the company's own goods.

Amazon is under investigation in the United States, Europe, and India for alleged anti-competitive practices that hurt other businesses. Like many other retailers, Amazon views its own brands as a major driver of increased profitability. Private-brand products often have higher profit margins than normal retail brands because production and marketing costs can be lower.

Amazon is not a better marketplace that serves consumers; Amazon is an arena of creative destruction, leaving consumers on their own to sort the legitimate, honest sellers from all the bad actors under an umbrella of legal immunity. They are voracious churners of counterfeit, fraudulent items, and scams, indifferent to the damage they cause to consumers, legitimate sellers, and manufacturers while fulfilling their desire to be the sole source of items for purchase. There is no incentive to clean up their website -- they make too much money. Amazon paid no federal income tax on $11.2 billion in profit in 2018 and a 1.2% tax rate on a $13.3 billion profit in 2019. First-quarter 2021 net income hit a first-ever high of $8 billion.