While a campaign to recall Los Angeles DA George Gascon was abandoned this fall, it is doubtful many residents understand exactly what he is doing to public safety

Los Angeles and San Francisco have been hammered by a brazen crime trend: the "smash-and-grab" robbery.

A pack of thieves, armed with sledgehammers, smash their way into a high-end store, grab tens of tens of thousands of dollars of merchandise, and flee with the loot.

Retailers are doing what they can to protect themselves and their customers. They have hired extra security, put up barriers, and created "checkpoints" to regulate access.

Some people have blamed this crisis on Proposition 47, the 2014 statewide referendum that reclassified many felony theft offenses as misdemeanors. While petty retail theft skyrocketed more than 20 percent soon after Prop 47, the law isn't the only problem. There's clearly something else going on.

The Los Angeles and San Francisco prosecutors' offices are both led by men – George Gascón and Chesa Boudin – who seem to care more about defendants than they do about crime victims or public safety.

Gascón has tapped a group of former public defenders to be his key policymakers and advisors, most of whom have long advocated for the abolition of prisons and the criminal justice system. One advisor has openly encouraged people not to report crimes to the police. Without a hint of irony, Gascón made her Interim Director of the Bureau of Victim Services.

Another Gascón advisor called a victim's rights attorney a "monster" for her pro bono work advocating for the next of kin of murdered victims. Amid last year's riots in the Fairfax District, that same advisor took to social media to encourage her followers to "burn that shit down."

When these are the people making policy, are we surprised that criminals believe that the District Attorney is no longer in the business of holding people accountable?

2014 was one of the safest years in American history. This year we are seeing an explosion of crime. Watts, one of Los Angeles County's most disadvantaged neighborhoods, saw a 150 percent rise in homicides during the first six months of the year compared to a similar time period in 2020. On the other side of the city, mobs ransacked the Grove in Mid-City and a shopping mall in the San Fernando Valley. Armed robbers terrorize areas untouched by crime for over a decade. Graffiti blights large swaths of our city, some of it put there by gang members claiming "territory." Sure, the police catch the criminals. But by the time the arresting officer has written the report, those same criminals are walking out of the station, ready to commit their next crime.

This chaos has consequences. The National Retail Federation ranks Los Angeles and San Francisco among the top ten American cities hit hardest by this type of retail theft. In San Francisco and Oakland alone, the estimated cost to business is $3.6 billion, according to the California Retailers Association.

Governor Gavin Newsom, said, "I have no sympathy, no empathy whatsoever with people smashing, grabbing, stealing people's items, creating havoc and terror in our streets...None." Mayor Eric Garcetti had similar words: "There's no place for this kind of criminal behavior...It needs to be addressed. There need to be consequences."

Both Newsom and Garcetti can, and should, dedicate law enforcement resources to catching these criminals and reducing this type of crime. But they don't have the power to prosecute it. And ultimately, that is the only way to hold criminals accountable. Neither Gascón nor Boudin seem interested in that task. 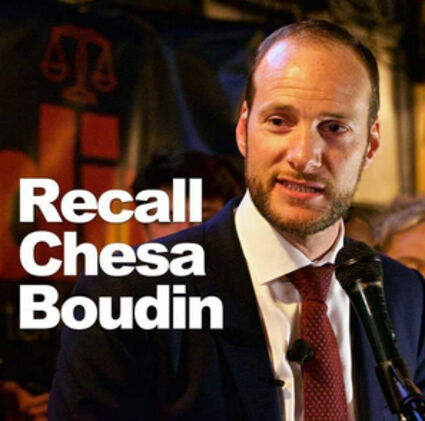 "My heart just aches knowing that the prosecution is not on our side anymore." This statement came from the cousin of a murder victim whose family has seen the devastating effects of Gascón's juvenile and resentencing policies.

My heart aches too. What has happened to the prosecutor? Why aren't Boudin and Gascón on the side of crime victims, business owners, and the community? Where is the leadership?

It's a good question.

Several local media outlets, including KTLA and CBS, asked Gascón to comment on the rise of "smash-and-grab." The response from L.A.'s top prosecutor, "not available."