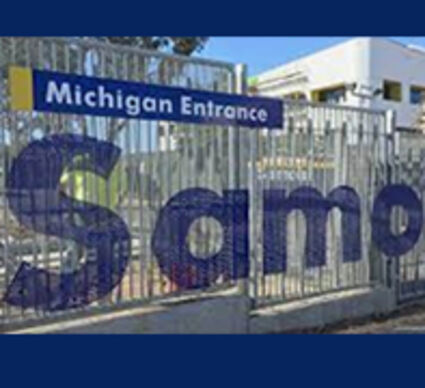 December 6, 2021 - On Monday morning, the Santa Monica Police Department investigated two separate threat incidents, one at Saint Monica's High School on the north side of the city and the other at santa monica high school (Samo), just south of the 10 Freeway. SMPD says the two incidents were unrelated.

In investigating the threat related to Saint Monica's, police determined the threatening message both originated at and was aimed toward Elk Grove High School, which is located in Northern California. At some point, someone reposted the original threat and added a banner that read "st monicas." However, SMPD believe there is no connection to the Saint Monica's High School in Santa Monica, according to Lieutenant Rudy Flores. There are other high schools with the same name in Northern California.

The Samo incident involved a threatening post made on a student's private Snapchat page some time last night. Students who saw the post informed their parents, who in turn notified school officials. Samo Principal Antonio Shelton told NBC LA that he received at call at 7:00 am on Monday regarding what is described as a "threatening photo." He and the school's security team met the student at the 7th and Michigan school entrance gate.

At 8:00 am, SMPD was called to Samo where they detained the student. The students was questioned by school authorities and police. A search was made of the student's property, vehicle, and residence. No weapons or other criminal items were found. The student was removed from school and released to the custody of his parents. Police will continue their investigation. "At this time the Santa Monica Police Department does not feel the student poses any threat to the community," Shelton said in a statement released by School Superintendent Ben Drati.

"Out of an abundance of caution, SMPD has increased patrols in the surrounding areas of both campuses and will maintain in close contact with school staff. We encourage our community to continue to always See something, Say Something by calling us at 9-1-1 or 310-458-8491 for non-emergency dispatch."