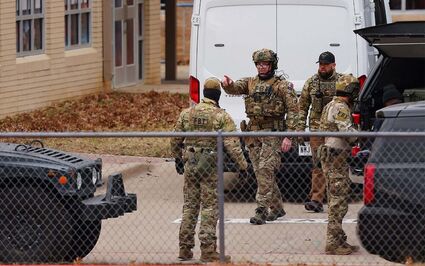 Video released by a local TV news station shows FBI agents storming the Beth Israel synagogue to rescue the hostages Saturday night, 1/15/22. In it, four or more men from the FBI’s Hostage Rescue Team swarmed the building and moments later, four single gunshots ring out. The gunshots are followed shortly by a loud explosion.

British Terrorist Malik Faisal Akram died in the rescue, which may be seen on the WFAA website at https://www.wfaa.com/article/news/local/uncut-video-hostages-escape-building-situation-fbi-breaches-texas-synagogue-ending-nearly-12-hour-standoff-colleyville-tx/287-57f2bbd1-a933-4042-ba06-63f4ee51a68f. Akram's demands were said to be unrelated to Jews or the Jewish community, or to Texas.

During a press conference Saturday night, FBI Special Agent in Charge Matthew DeSarno said the rescue came as the result of “a long, long day of hard work by nearly 200 law enforcement officers from across the region.”

DeSarno said the FBI has identified the suspect but said they were not prepared to release his identity Saturday night. He also would not discuss the hostage-taker’s motivation.

“We do believe that, from engaging with the subject, he was singularly focused on one issue and it was not specifically related to the Jewish community,” he added. “We will continue to work to find motives and we will continue on that path in terms of the resolution of the incident.”

Gov. Greg Abbott tweeted about 9:35 p.m. that all hostages are safe and out of a Colleyville synagogue after a loud bang and gunfire were heard.

U.S. Rep. Beth Van Duyne told a Houston Star-Telegram reporter in a text that the hostage-taker is dead.

A loud bang followed by what sounded like gunfire was heard about 9:12 p.m. Saturday outside the Colleyville synagogue where a hostage situation has been ongoing for hours.

Police experts say it is preferable to capture a perpetrator alive, so that he may be debriefed. On the other hand, this standoff lasted for 11 hours. After about 4 hours, experts say, it is unlikely that a hostage taker may be placated, especially one who says, as this man did, "I am prepared to die."

On January 15, 2022, an armed gunman took multiple people hostage at Congregation Beth Israel, a Jewish synagogue in Colleyville, Texas. After more than 10 hours, the four hostages were freed and the attacker was confirmed to be dead.

At 10:41 a.m., a gunman entered the Congregation Beth Israel and began taking hostages. The assailant entered by posing as a homeless man in need of shelter. Reports of hostages being taken at Congregation Beth Israel came in around 11:30 a.m. via a tweet from the Colleyville Police Department. The police said the SWAT team was on the scene. Police efforts were later assisted by the Federal Bureau of Investigation and the Texas Department of Public Safety. Law enforcement evacuated neighborhoods in the vicinity of the crime scene. 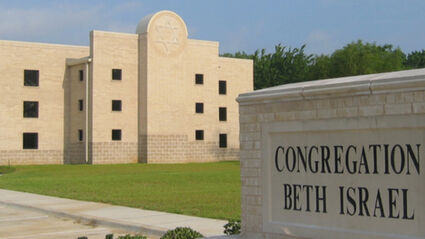 A livestream of the synagogue's services showed the ongoing situation, including the taking of hostages. Four hostages, including Charlie Cytron-Walker, the synagogue's rabbi, were taken during the middle of a bar mitzvah. In it, the hostage taker could be seen speaking to authorities, who attempted to negotiate with him. The man, who was armed, could be heard saying "If anyone tries to enter this building, I'm telling you...everyone will die." and "I'm going to die. Don't cry about me..." One member of the synagogue, who was listening to the synagogue's livestream, stated that she heard him speak using anti-Israel epithets.

Shortly after 5:00 p.m., the Colleyville Police Department released a statement that one of the hostages was released safely and was not in need of medical attention. At 9:21 p.m., James Hartley of the Fort Worth Star-Telegram reported hearing "what sounds like gunshots and a much louder bang, possibly a flash grenade" from the synagogue.[10] After more than 10 hours of the synagogue being under siege, Texas Governor Greg Abbott put out a statement via Twitter reading "Prayers answered. All hostages are out alive and safe."