By Peter Altschuler
Special to the Observer

In a California plagued by drought on an increasing basis, the water needs of the development alone are unsustainable 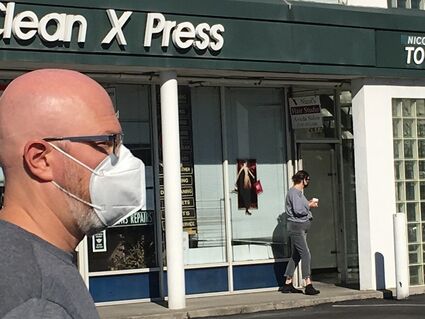 Gelsons grocery store is set to be replaced by 557 apartments.

The State's housing legislation is inherently unconstitutional. It offers little or no opportunity for community input and allows business interests to prevail over the needs and desires of residents.

As it stands, Santa Monica's proposed "Lincoln Center" project on the current Gelson's site at Ocean Park and Lincoln Boulevards gives the developer's interests precedence over any neighborhood concerns. The company's filing for consideration under California's SB 330 legislation is completely unwarranted and brazenly deceptive: only 10% (53) of the proposed new housing is designated for low/moderate income households. The other 468 units will be at market rates.

SB 330 "prohibits a local agency from disapproving, or conditioning approval in a manner that renders infeasible, a housing development project for very low, low-, or moderate-income households or an emergency shelter unless the local agency makes specified written findings based on a preponderance of the evidence in the record. The act specifies that one way to satisfy that requirement is to make findings that the housing development project or emergency shelter is inconsistent with both the jurisdiction's zoning ordinance and general plan land use designation as specified in any element of the general plan as it existed on the date the application was deemed complete." Yet Santa Monica seems to have thrown up its hands in surrender and chosen not to contest the developer's efforts to skirt the specific limitations of the law.

Under the law's provisions, the proposed height of the buildings should not exceed the site's Multi-Use Boulevard (MUBL) zoning by 18 feet, which the proposed plans do, and should conform to Santa Monica's Land Use and Circulation Element's (LUCE's) limitations. As long as the residential units are not primarily for "very low, low-, or moderate-income households," the City is within its rights to enforce its "zoning ordinance and general plan."

When the Hines project on the site of the former Papermate factory posed a somewhat different threat, violating height restrictions and threatening to overwhelm water resources, Santa Monica residents mobilized to prevent the development's construction. Granted, the City was not, in that case, confronting State law. Yet the impact is likely to be just as detrimental.

The increase in traffic at the already backed-up Ocean Park and Lincoln Boulevards intersection will frustrate commuters who already stretch six blocks west to Main Street in the morning and past 11th St. in the evening. Ocean Park Boulevard's misguided "traffic calming," which reduced four lanes to two, will ensure that those lines grow longer.

Unless every additional vehicle that fills the Lincoln Center project's 880 parking slots is an EV, the development will contribute to a reduction in air quality. The combination of gridlock and noise is also likely to affect residents' mental wellbeing, and the potential for increased traffic along local streets, such as 10th Street and Pearl, must also be taken into account.

The developer's assertion that its bicycle parking will offset vehicle trips is disingenuous. There is no bike lane on Lincoln. Its claim that the project's residents and shoppers will rely on public transit is equally unsupportable. Commuters can't take a Santa Monica Big Blue Bus (BBB) to the Expo Line and transfer without paying two fares, and cyclists have nowhere to securely park their bikes at either 4th St. or 17th St., assuming they're adventurous enough to brave Lincoln to reach those stations. In fact, the elimination of free transfers on the BBB has made the City's effort to encourage public transit counterproductive.

In a state plagued by drought on an increasing basis, the water needs of the development will be substantial. The City's water rates are already slated to increase, and the demand of Lincoln Center will further strain available resources and may lead to even higher fees.

Santa Monica has become, over the past 40 years, Manhattan-by-the-Sea. Except for dry cleaners and specialty stores, local businesses have given way to national and international chains that make Santa Monica look like everywhere else. The city used to have character and charm. Now it's homogenized. Yet, in Manhattan, people can grab their folding carts and walk to the supermarket. No one's going to pull a cart uphill from Gelson's, either eastbound or west. Only the 500+ residents whom the developer is hoping to house will find an onsite grocery convenient. 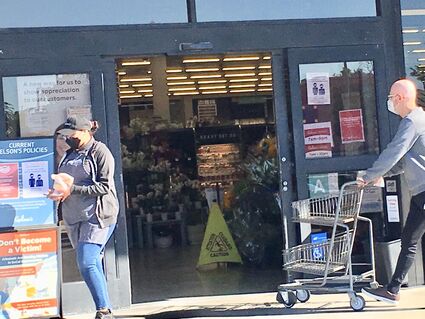 Gelsons grocery store is set to be replaced by 557 apartments.

This is not a plea to maintain single family housing and exclude multi-family development. It is an attempt to prevent an out-of-scale project that is out of compliance with SB 330 and Santa Monica's LUCE. There are ample sites along the route of the Expo Line for new housing (and a selling point of the light rail route was that it would attract residential development and reduce the need for commuting by car).

There are sections of the state that would probably be well served by more multi-family housing. The Central Valley could benefit from having affordable residences for agricultural workers. Downtown LA, South Central, and San Pedro could house blue collar workers who service office buildings and the port. There don't seem to be similar demands being made for Brentwood or Pacific Palisades or Beverly Hills to add housing that violates the zoning in those communities. So what makes Santa Monica a target? And why isn't the Santa Monica City Council compelling the State to point its arrows elsewhere?