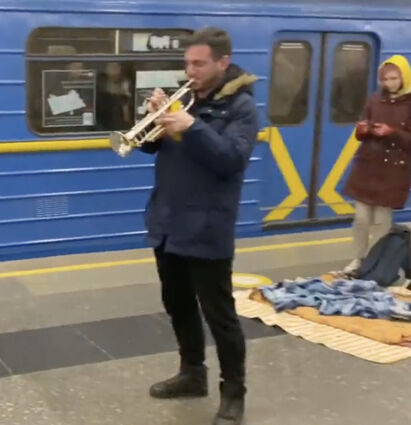 A trumpet player captured by journalist Kristina Berdynskykh (@berdynskykh_k) playing a poignant rendition of the Ukraine national anthem while others residents of Kyiv look on, is making the rounds on social media. 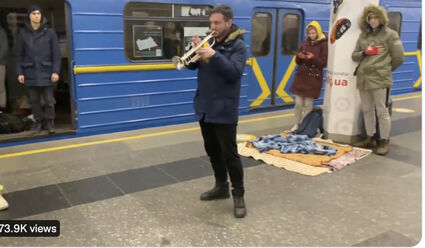 "Listening to this gut-wrenching video of #Ukraine anthem played in a subway station turned bomb shelter. Telling myself that #Putin actually revealed a heroic people to the world, and provided it with a powerful founding myth. God protect Ukraine," posted Francis A. Konan.

"That hurts to listen to, man. I swear if Russia didn't have nukes they'd be 6 feet under..." tweeted Nicholas Brancaccio