Ukrainian military intelligence service says Wagner Group dog tags have been found among Russians killed in action in Ukraine. This from Illia Ponomarenko, who is embedded with Ukraine Army troops in Southern Ukraine.

This is significant because it corroborates Ukraine claims that the Russians have hired mercenaries to kill Ukrainian leadership, including Pres. Volodomyr Zelensky himself. This as part of the Russian invasion of Ukraine that began on February 24, 2022.

Separately, US Intelligence estimates that 2000 to 4000 Russian soldiers have died fighting in Ukraine in the 13 day war. This is less than the figure of 11,000 issued by Ukraine, but several times the 500 casualty figure cited a few days ago by Vladimir Putin himself.

The Wagner Group, also known as PMC Wagner, ChVK Wagner, or CHVK Vagner, is a Russian paramilitary organization. Founded in 2014 by Yevgeny Prigozhin and Lt. Col. Dmitry Utkin, it has 1000 or more operatives. The Economist says Wagner Group was “founded by Dmitry Utkin, a former Russian soldier adorned with Nazi tattoos. It was reportedly named after Hitler’s favourite composer.”

Some observers have described it as a private military company or private military contracting agency, whose contractors have reportedly taken part in various conflicts, including operations in the Syrian civil war on the side of the Syrian government, as well as in the war in Donbas in Ukraine aiding the separatist forces of the self-declared Donetsk and Luhansk People's Republics from 2014 to 2015. 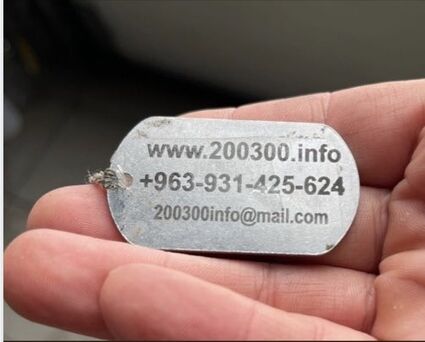 Others, including reports in The New York Times, consider ChVK Wagner an arms-length unit of the Russian Ministry of Defence (MoD) and/or the GRU[35] in disguise, which is used by the Russian government in conflicts where deniability is called for, as its forces are trained on MoD installations.

The Wagner Group is believed to be owned by Yevgeny Prigozhin, a businessman with close links to Russian President Vladimir Putin. It has been accused of war crimes in areas where it was deployed."