How Are Russians Treating Ukrainian Women During Their Military Occupation?

Looting, murder and of course rape are among the allegations by Ukrainian women. 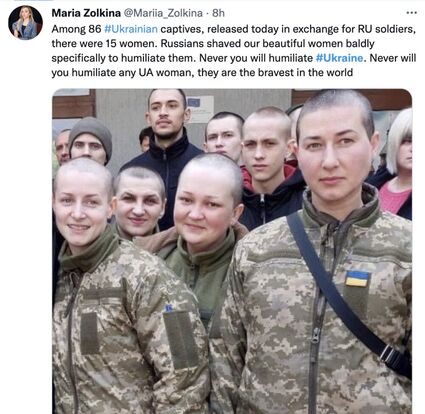 16 female soldiers had their heads shaved while POWs of Russia.

15 Ukrainian female soldiers, who were among the 86 Ukrainian soldiers released from Russian captivity on April 1 in prisoner exchange, had their hair shaved off by Russians. This according to Dmytro Lubinets, the head of the human rights committee in Ukraine's parliament, 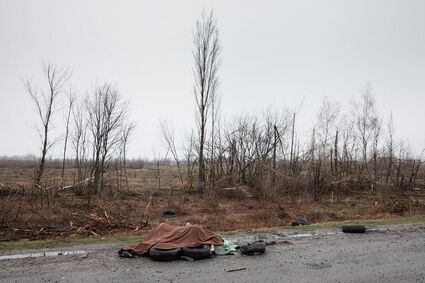 Russians shot women and girls in Irpin and then drove over them in tanks," writes Anastasiia Lapitina, a journalist from Irpin Ukraine. She also says soldiers looted her family home, taking her mom's camera (a gift from her dead father in 2017), and also her mom's computer among other things. Russians have been known to loot homes and rape women.

One analyst says the Russian's actions are intended to terrorize the population, civilians in particular. Others believe the Russian soldiers are boys from the lower classes, who don't behave well because they are uncivilized. After all, an intelligent person would probably figure out some way out of being sent to fight in a foreign country where they are regarded as invaders. After weeks fighting Ukraine's unexpectedly well armed military, many are desperate and hungry.

"Dead civilians are seen near a highway 20 km outside of Kyiv. Under the blanket are 4-5 dead naked women whom the 🇷🇺 barbarians tried to burn right there on the side of the road. Photo by @mpalinchak #russiawarcrimes," tweeted the Ukraine Defense ministry.